One of America’s few soccer-themed brands, Bumpy Pitch and its sister operation The Original Winger has done a remarkable job of telling the story of soccer in American through their own lens. Their newest T-shirt may be confused for an Umbro release but in actuality is based off of some of their early youth experiences.

Playing for a former Serie B coach who was a strong advocate for a traditional 4-4-2 with the midfielders playing in a diamond formation, served as the catalyst for the design. Below is a short recollection of the shirt’s inspirations which is available now at Bumpy Pitch.

Up until I was about 12 years old, I never had a coach that put much emphasis on tactics. Maybe my coaches weren’t that tactically savvy, so we just went out and played. But then, when I was around 12 or so, my club team somehow got a coach from Napoli who had spent years as a professional player in the Serie B in Italy. He didn’t speak any English in the beginning, so his wife had to translate at training sessions and games. He was missing half a finger from what we always believed was some shady dealing with the Italian underground.

But the dude could ball. And he knew and understood the game better than anyone I had ever met in my life. He taught me a lot about the game and he definitely helped cultivate my love for the sport. Every once in awhile on Sunday mornings he would take me to the house of one of his fellow friends from Napoli and we would watch Italian League games at 6am on the live feed on RAI. (this was before Fox Soccer Channel was airing them all). Seeing the passion that these cats had for the sport had a huge influence in shaping my relationship with the sport. He was also the first coach i ever had that would talk about tactics with us. We were young, but he introduced us to tactics and an understanding of how to play as a team. One of the things I will always remember about his teams, were that from a tactical standpoint, they all played pretty much the same. They all played 4-4-2. The classic diamond with two forwards, one attacking midfielder just behind them, a holding midfielder, two wingers and four in the back.

When we were working on this graphic, I kept thinking about those years when Gennaro was my coach and how much of an influence he has had on my relationship with the sport. It reminded me about the impact that individuals have on our lives and about how something as random as working on a “diamond” graphic can take you back to an entirely different time in your life and bring back the memories of being a kid and falling in love with the sport. Good times.

This graphic is inspired by a little bit of all of those things. So throw your diamonds in the sky! 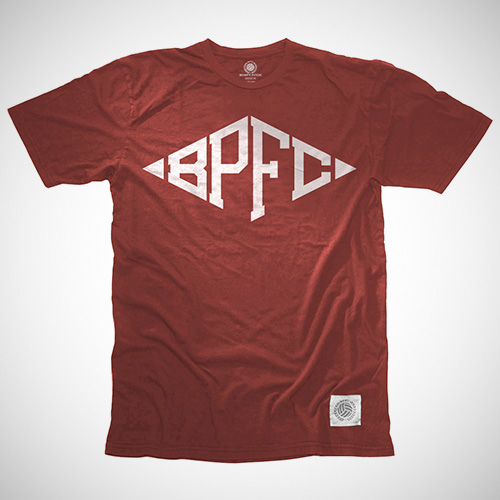 (Editor’s note: We linked to this this morning, but felt it deserved fuller treatment.)

Blackface Is Not The Right Way To Support Mario Balotelli