Chelsea Are Also European Champions Of Having Their Crest On The Most Racecars, Maybe

Chelsea are not only shock champions of Europe after successfully navigating a gauntlet of the best attacking teams on the planet, they also appear to be (these things are not exactly official) the European champions of having their crest on the most racecars. Here’s where I come up with a joke about the team’s proclivity for buses despite this new racing connection.

Over the weekend, Russian rally driver Evgeny Novikov added “We (heart) Chelsea FC” and a the club’s crest to his Ford Fiesta RS WRC. It makes sense that Chelsea is a popular club with Russian, considering the owner, and Novikov says his sons are big fans. Novikov added the decals to his car to show support for the Blues ahead of the Champions League final last saturday. 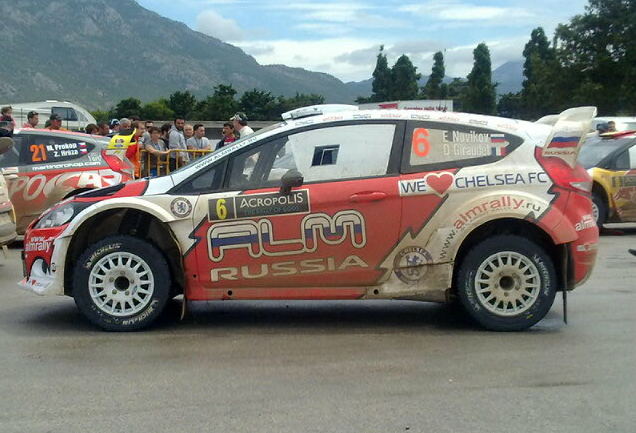 In an actual official capacity, Chelsea’s crest will show up on Formula 1 team Sauber’s cars next year. Chelsea signed a sponsorship deal with Sauber a few weeks back that will put the crest on the cars as well as behind drivers on the backdrop during interviews.

Sources: Best of Rally Live and The Mirror

The Trophée des Champions Gets A Run At the Indy 500