During an AFC Champions League match between Chinese side Guangzhou Evergrande and Japanese club Kashiwa Reysol, Chinese fans wanted to make clear their feelings on two distinctly different issues of contention between China and Japan: Ownership of the Senkaku (Diaoyu) Islands and of renowned Japanese adult film star Sola Aoi.

The banners read “Senkaku Islands belong to us! Sola Aoi belongs to the world!” 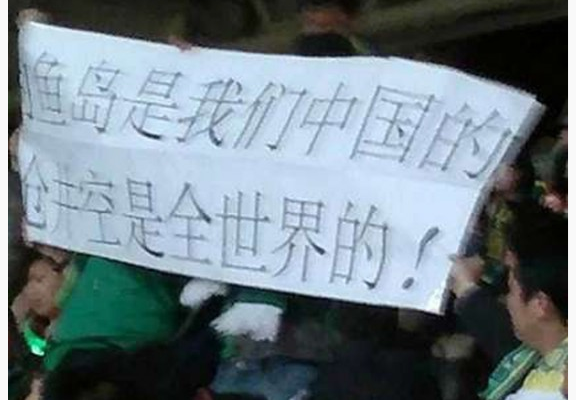 The disputed East China Sea islands, currently controlled by Japan, have long been a source of tension between the two countries. Recently, Tokyo governor Shintaro Ishitara claimed he would use government funds to buy the three tiny islands in a bid to ensure Japan’s sovereighty over them. By the way, the islands are uninhabited and uninhabitable.

China claims rights to the islands as a matter of history, going as far back as the 16th century. Tension are so high, observers fear armed conflict.

Sola Aoi, meanwhile, is an adult film star whose popularity in China has exploded in recent years. The actress has invested heavily in her image in China, after millions of fans found ways to bypass China’s famous internet fire wall to follow her on Twitter. Recently, however, the Chinese government’s TV administration banned her from appearing on television in the country. 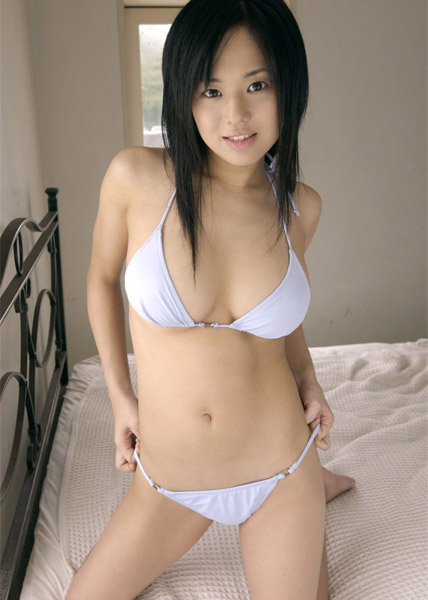