Costa Ricans Welcome The USMNT With Angry Chants And Egg-Throwing

Costa Rica just can’t let it go. Despite the ultimate decision to play through a snow storm in Colorado back in March lying with the match referee, and the decision to throw out Costa Rica’s protest over the 1-0 loss lying with FIFA, Costa Ricans welcome the USMNT to San Jose yesterday with a a slew of angry “No fair play!” chants and some played-out egg-tossing. Seriously, guys?

USMNT defender Omar Gonzalez took his own video of the scene.

Costa Rica hosts the Americans on Friday in a crucial qualifier that could propel the winning side to World Cup qualification. The game won’t be played in the traditional venue of Saprissa Stadium, a place where the Americans have never won, but at the new, Chinese-funded National Stadium. That new building has a running track ringing the field and an actual grass surface (Saprissa has the worst artificial turf this side of your grandma’s back yard), so the intimidation factor figures to be much lower than usual.

I guess these fans, and the Facebook group that popped up to organize them, are trying to make up for it. Good job?

It wasn’t all hostile reception at the airport, though. There were two American fans on the scene. Heroes. 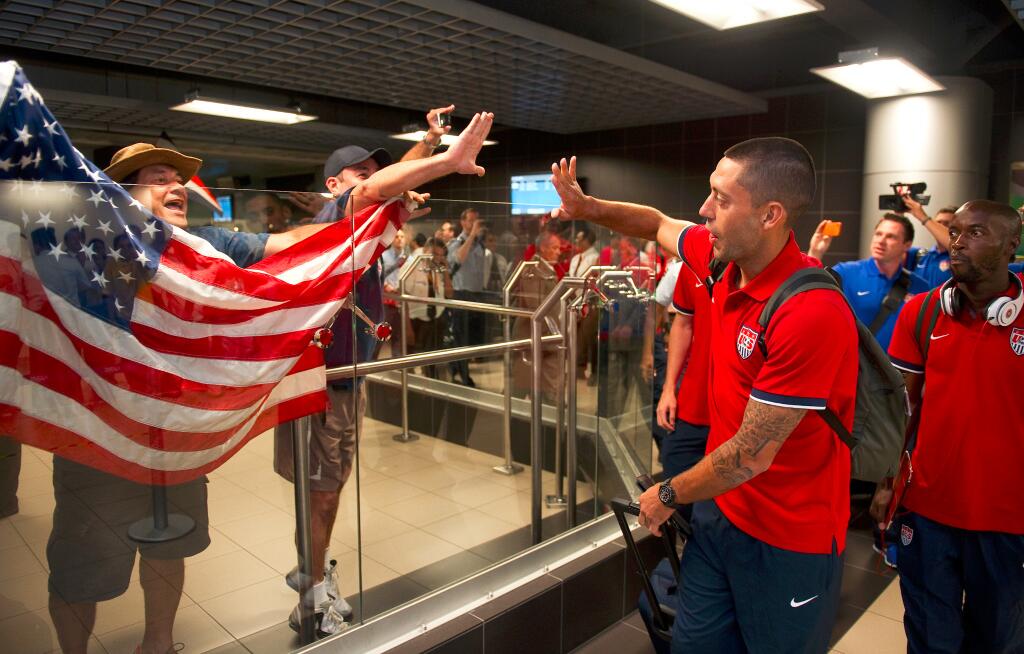 The Land Down Under