Dirk Kuyt Dressed Up As A Roman Soldier, Just Because

Dirk Kuyt is scoring for fun in the Turkey with Fenerbahce after moving on from Liverpool this summer, having already hit for six goals in seven appearances. Included in the other things Dirk is doing for fun in Istanbul is dressing up like an ancient soldier for the club’s magazine for unclear reasons that probably have something to do with Istanbul’s Byzantine history. Maybe’s he’s going to conquer Europe or something. Dirkius Maximus. 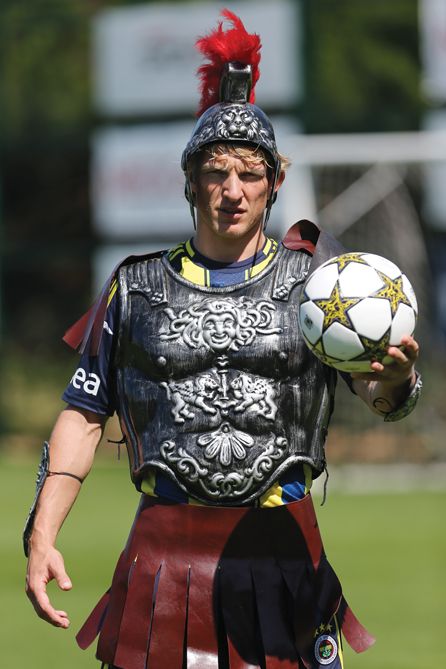