Soon there’ll be enough teams to have around for a “Creatives” World Cup as we catch wind of a new British faction dubbed the Soho Warriors Football Club. The faction was created by brothers Matthew Dent and architectural illustrator Chris Dent, whose work is seen with a stunning piece created for Arsenal’s recent 125th anniversary celebrations seen here.

The team encompasses a handful of creative heads including artists/illustrators, designers, photographers, web designers, filmmakers. Unfortunately, aside from that there hasn’t been too much in the form of their recent outings as it’s still a relatively new start-up. The modern looking logo was done by Adrian Johnson. 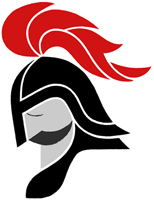