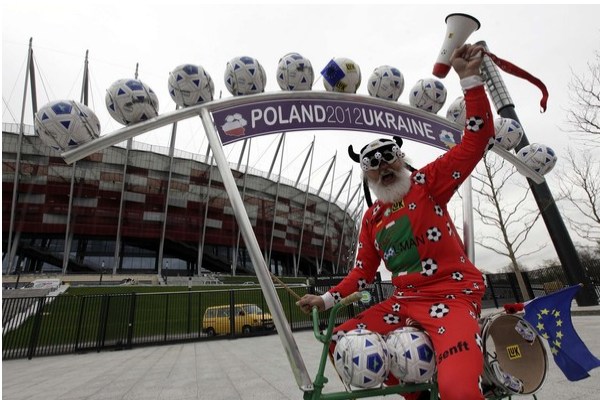 Didi “El Diablo” Senft is best known as the guy who dresses as the devil at various bicycles races around Europe. Decked out as the classic “horns and pitchfork” version of the devil, Didi shows up to events like the Tour de France and the Giro d’Italia and just generally hams it up. But Did also builds bikes. Weird bikes, befitting the eccentric he is. Here’s his latest effort, a Euro 2012-inspired contraption . 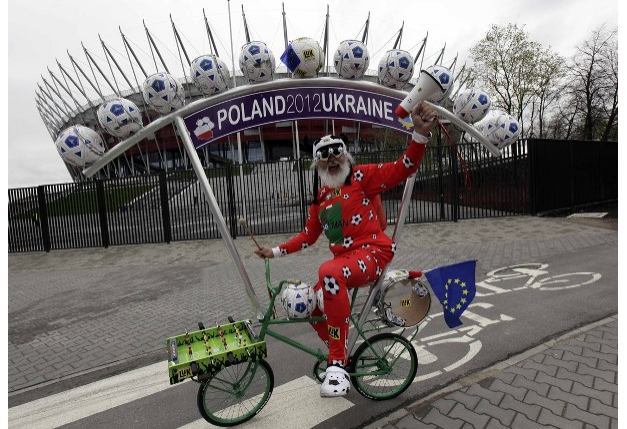 It’s not quite the world’s largest bike, or a giant guitar bike, or the massive World Cup 2006 effort, but it’s definitely an improvement over the Euro 2008 bike Senft created for the tournament in Austria and Switzerland. 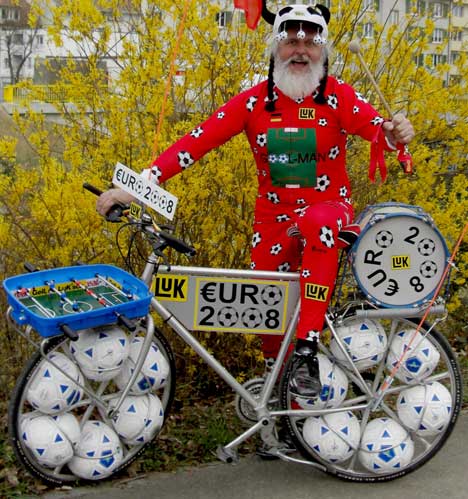 This Is Neymar’s Yacht