KCKRS Is At #MLSCup, Where It’s Only Mostly About Beckham

KCKRS is coming to you live from the Home Depot Center in not-entirely-disgusting Carson, California for the 17th MLS Cup Final between the LA Beckhams and Houston Dynamo, who are way more than the sum of their individual parts (but definitely look out for the guy with “Boniek” on the back of his shirt; he’s an especially fun part). Throughout the day, we’ll do our best to bring you images and thoughts from the David Beckham farewell match MLS championship game.

While Beckham dominated much of the build-up to the game during the week, there are some other interesting story lines developing. If the Friday press conferences are anything to go by, Houston is totally loose, man. They’ve gone LA, and it might play into their favor. Free rollin’.

The Galaxy have pressure. Not just because Beckham is leaving, but because Landon Donovan is hinting at things (though he refused to answer questions about those hints on Friday, including one instance en espanol), and the Galaxy spend a lot of money. The Dynamo mostly don’t.

Let’s start you off with the best shot of Beckham KCKRS has been able to get. 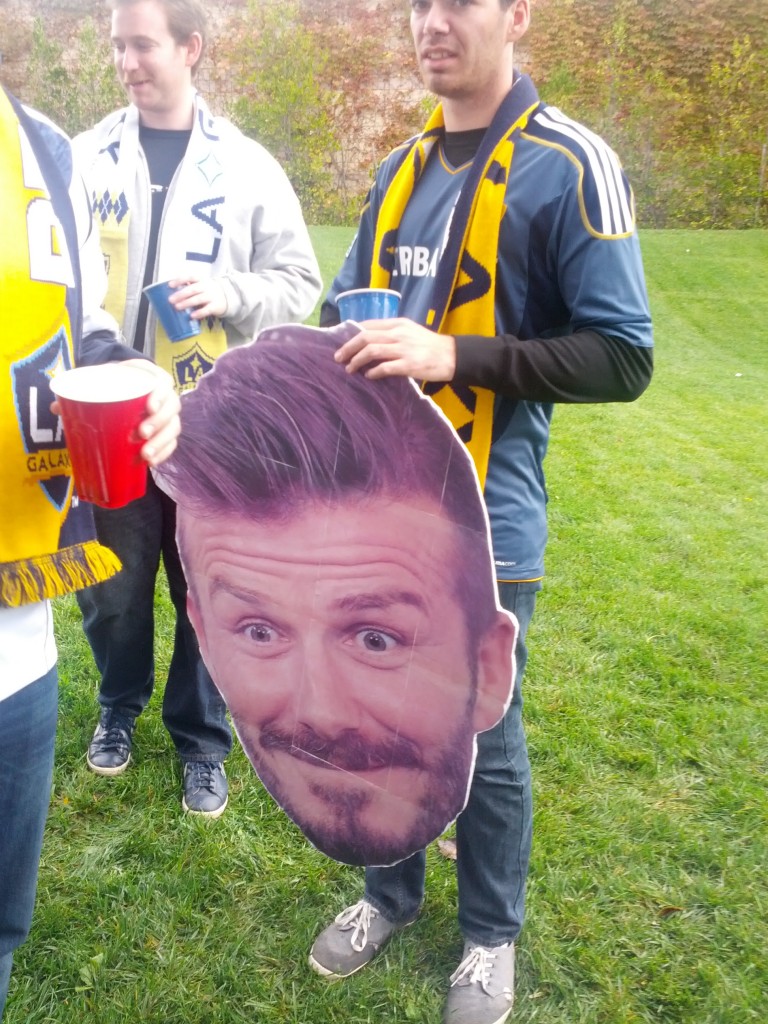 Be sure to follow @KCKRS on Twitter for whatever observations and jokes spring to mind, and check back here for updates. 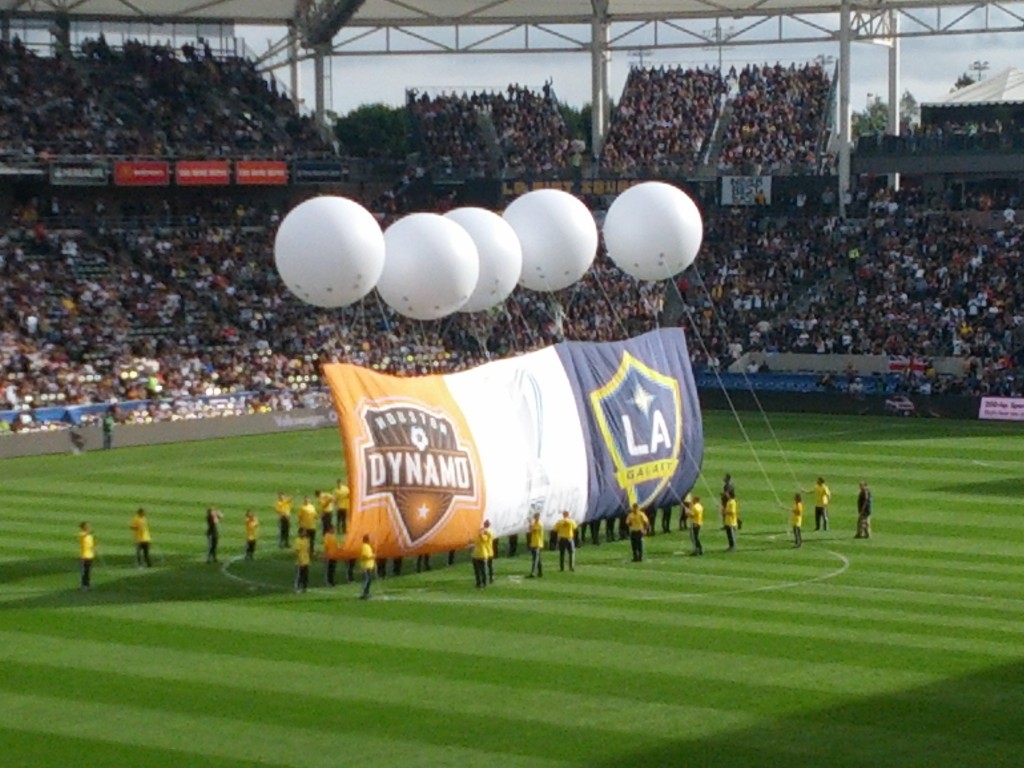 The Dynamo goal was scored by Calen Carr, who celebrated by jumping really high in the air (photo via @MLS_Insider). Risking an ugly injury there, Calen.

David Beckham just hit a ball that would make ancient enemies lay down arms. I’m sorry about everything I said David, you’re amazing. Bear my children.

It’s the 72nd minute now, and LA are leading 2-1. Omar Gonzalez is the Greek god of the air, I’m pretty sure (no, I’m certain), and besides winning every header he’s had a chance to win, he’s scored the equalizer.

Then there was a penalty. I don’t really know what happened there, but Landon Donovan kissy-handed the ball into the net.

82nd minute, Houston looking for the equalizers, and the Dynamo fans in attendance (30,510 here today, a stadium record) have let go with an orange smoke bomb. Which they’re not allowed to do, but hey it’s the last game of the year. 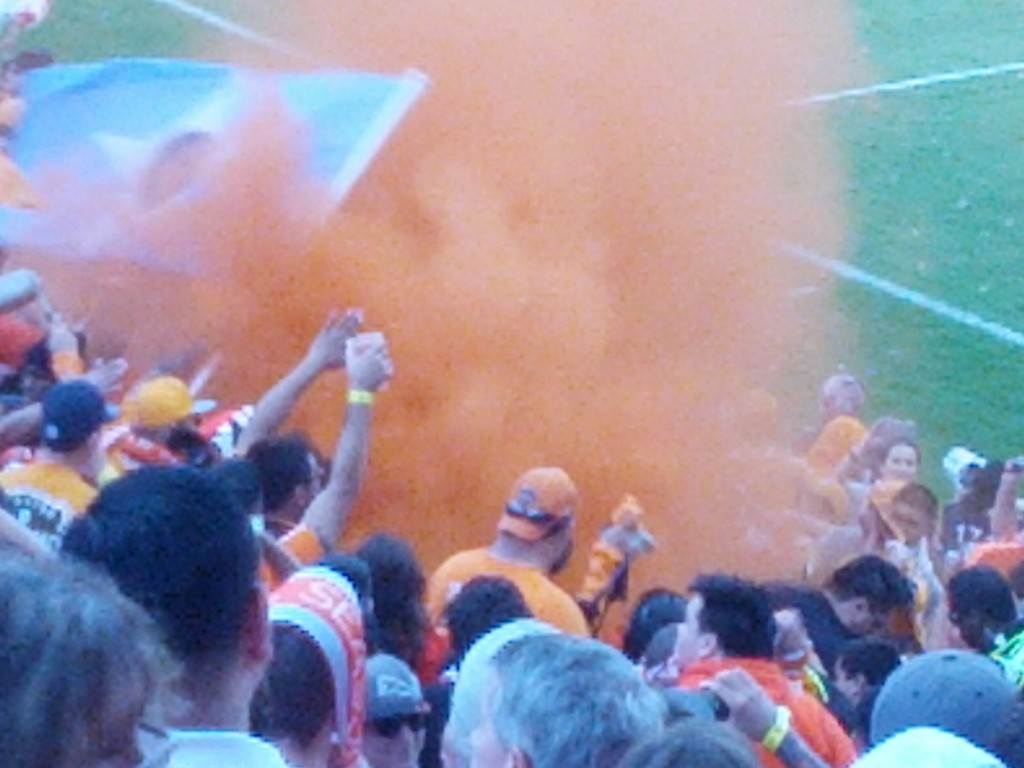 LA wins 3-1. So that’s it for the Beckham era in MLS, then. It was a good run, mostly, with a few hiccups along the way. 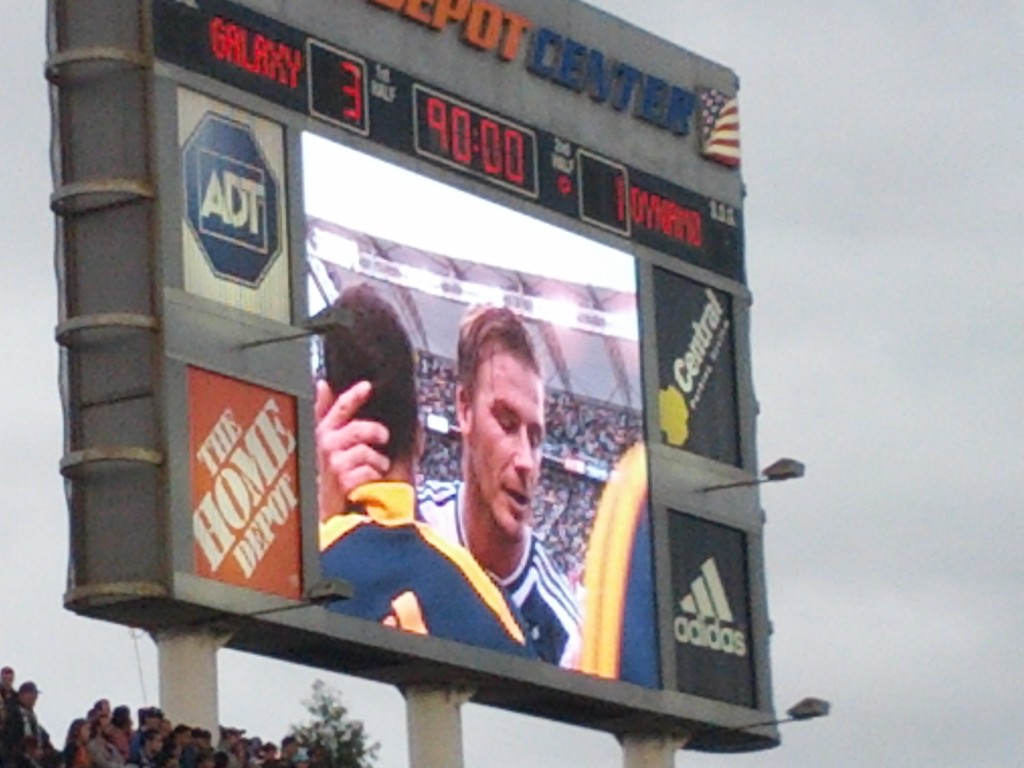 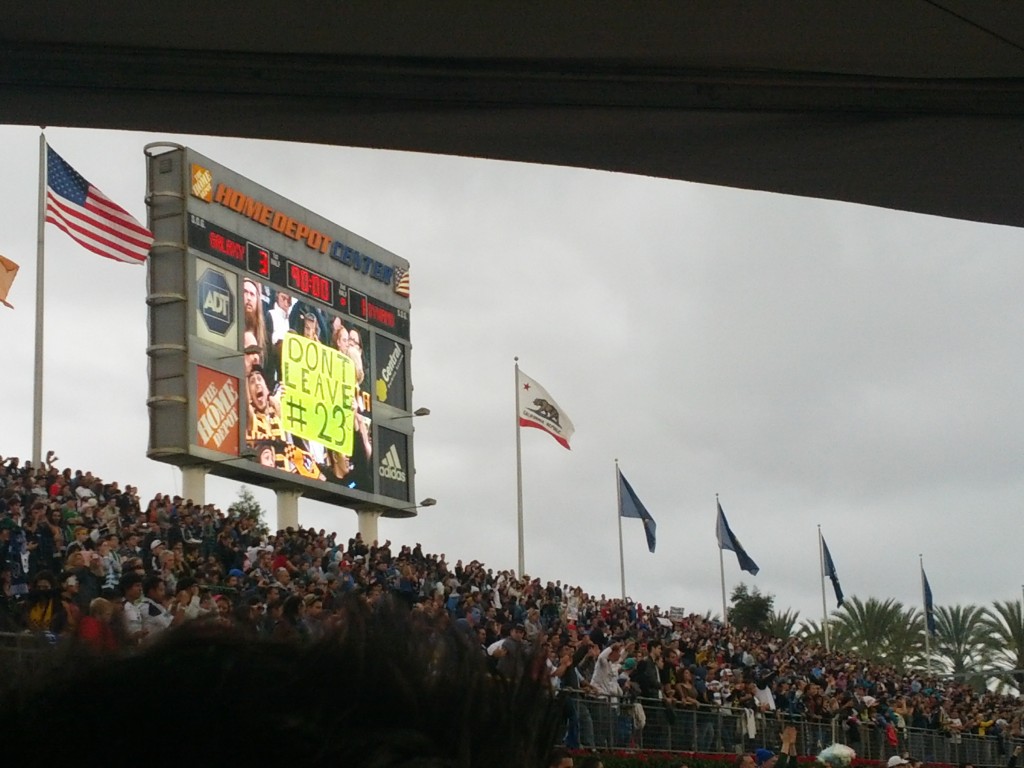 Nobody Likes MK Dons, They Should Go Eat Worms: Scouts Told Not To Wear Club Logo To AFC Wimbledon