The University of Nevada Las Vegas (UNLV) unveiled plans for a 60,000-seat arena, and made sure to include soccer as one of the proposed sports that could help fill the calendar of a venue at the center of a reported $800 million sports complex. A rendering of soccer at the stadium shows “MLS Cup 2015″ there, and what looks like the Chicago Fire on the 100-yard long video screen that features in the plans. 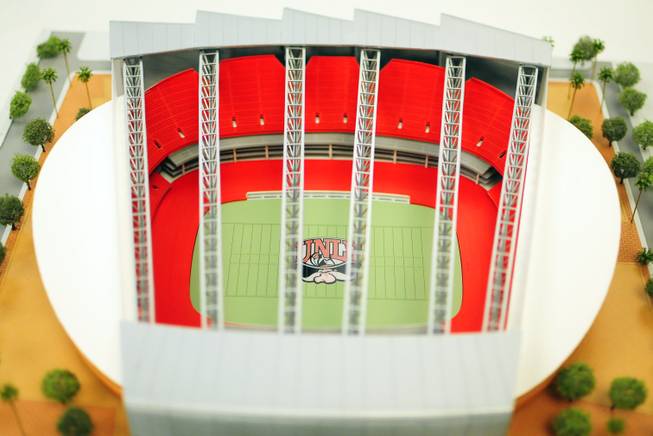 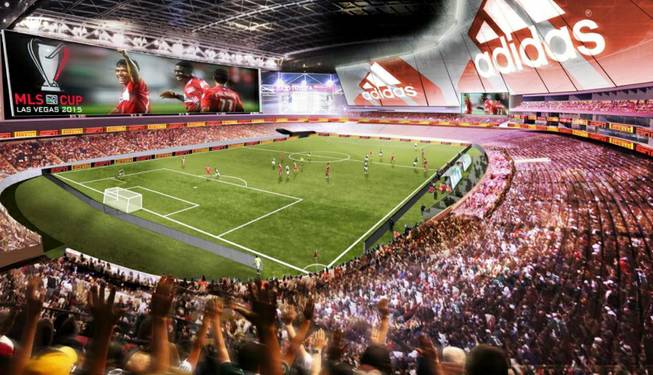 That’s one hell of a video screen. No wonder the place is going to cost nearly a billion dollars. One question though – will the viewing angle really be that shallow? It doesn’t even look like the fans can see over the person in front of them in the lower bowl.

The prospects of an MLS team in Las Vegas aren’t very strong at the moment, and even if the league does decide to be the first major professional league to put a team in Sin City, there’s no way they’ll start play in time for the 2015 MLS Cup. And since the league did away with the neutral venue final, just playing host is out of the question as well.

Not that reality ever has anything to do with stadium renderings.