Liam Gallagher Got Stuck With Madrid Fans At The Bernabeu, May Have Been Thrown Out

When it comes to being low-key, former Oasis frontman Liam Gallagher is about as subtle as a neon green sledgehammer. So we can just imagine the ruckus he caused when he went to the Champions League tie between his beloved Manchester City and Real Madrid and was seated not with the traveling City fans or in a luxury box, but among the home fans. Especially after City scored the first goal.

Liam, who’s had more highly-publicized fights than Lennox Lewis (usually with bug brother Noel or members of the press), was reported to be characteristically antagonistic when City took the lead through Edin Dzeko. 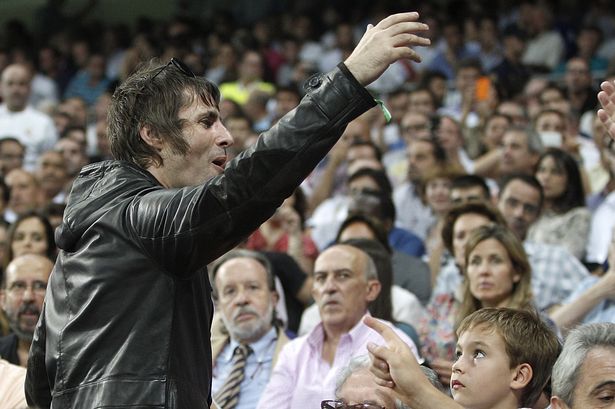 Liam left the game early, and depending on which publication you believe, he was either thrown out of the stadium and then kissed a security guard (AS) or left in disgust after Madrid equalized (The Mirror). Given the fact that as a lifelong City fan, he’s probably seen more embarrassing results than 3-2 against Madrid in the Bernabeu, we’re inclined to believe the Spanish paper. 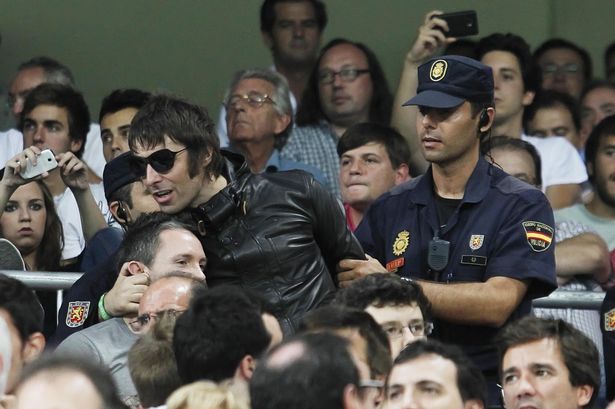