‘Mapping Soccer’: A Geometric Design Take On The Beautiful Game

For his senior college thesis, Chicago graphic designer Tyler Deal turned to soccer, a sport he began playing at the age of four. By mapping player positioning as if each of the eleven men on a team were tethered to one another, Deal produced several stunning diamond-shaped designs.

Deal shared with KCKRS the inspiration behind the posters and thoughts on the three most compelling: “4-4-2″, “The Wall”, and “Midfield Defense.”

The inspiration for the posters sprouted from the idea that two passions my life – graphic design and soccer – had never crossed paths. There is such a rich visual culture to soccer, but I had never explored what exactly that meant to me personally. When the idea came, I had just finished up four years of college soccer, and my senior thesis was looming.

The idea is centralized around the idea of team shape. There are 11 men to a team, all trying to stay as one organic shape that constantly changes in relation to your teammates, the ball, and if you’re attacking or defending. I mapped many different scenarios that a team typically finds itself in… defending the left or right side, attacking the wing, forming a wall, etc, and curated them down to the few that MOST illustrated what they represented. I imagined every player being on a string tied to each of the other 10 players on the field, and visualized that through the scope of graphic design. 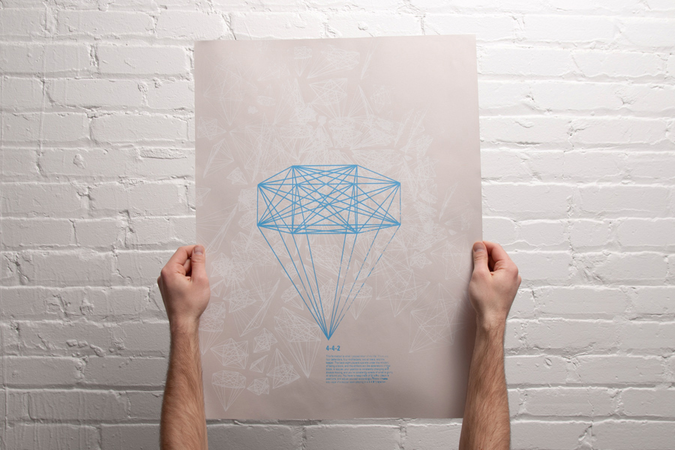 The outcome was quite different than what I originally imagined, but all for the better. The 4-4-2 poster shows the team in perfect starting-shape, and that perfection is reflected in the shape the team forms. 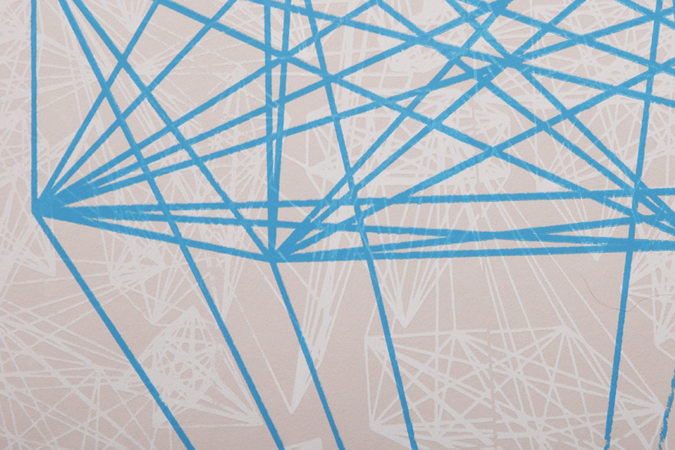 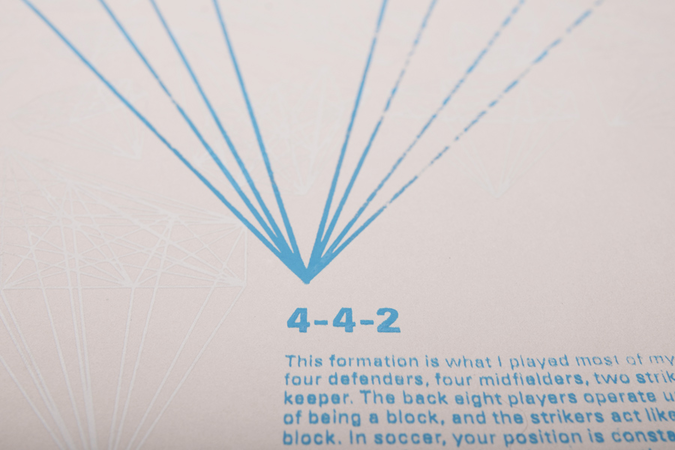 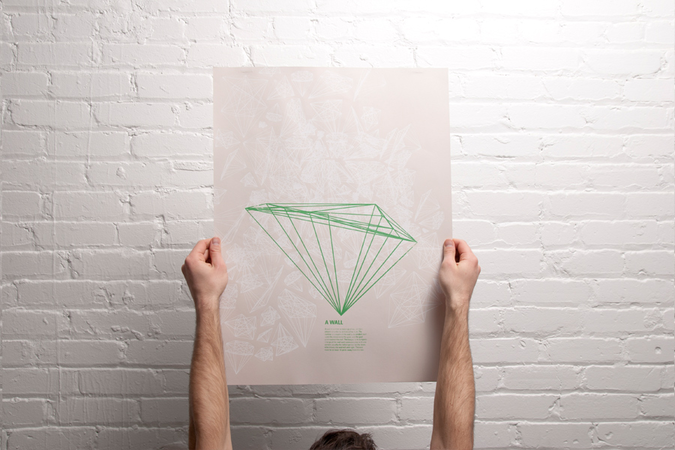 The “Wall” shows a shape that’s compressed, tense, and ideally impenetrable (although we all know there are some players who would sooner die than subject themselves to the dreaded wall). 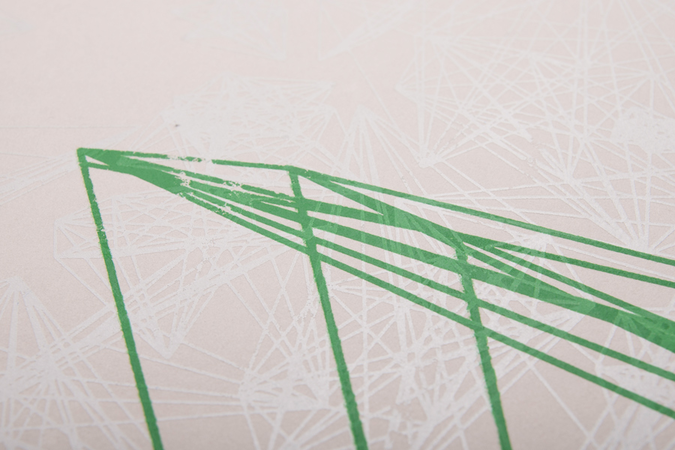 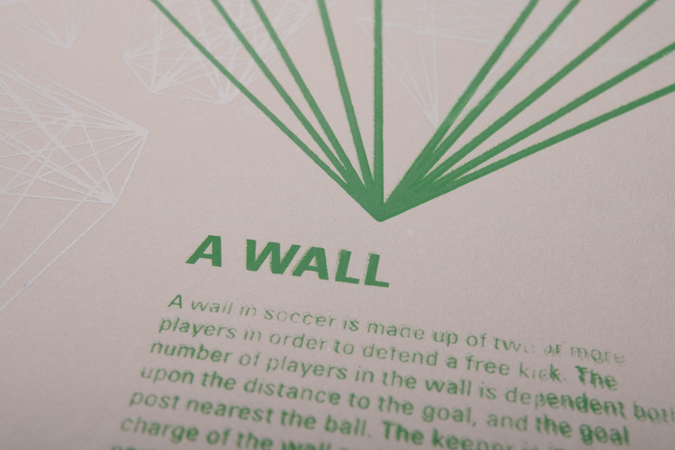 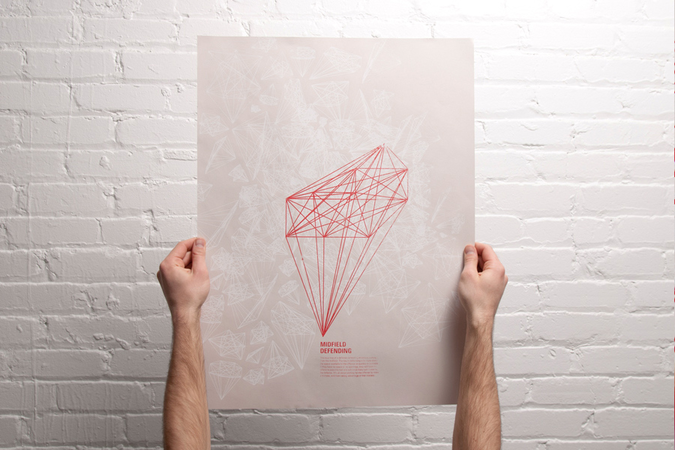 “Midfield Defending” shows represents a team defending the ball on the right-wing at about midfield, and the form shows those movements frozen. 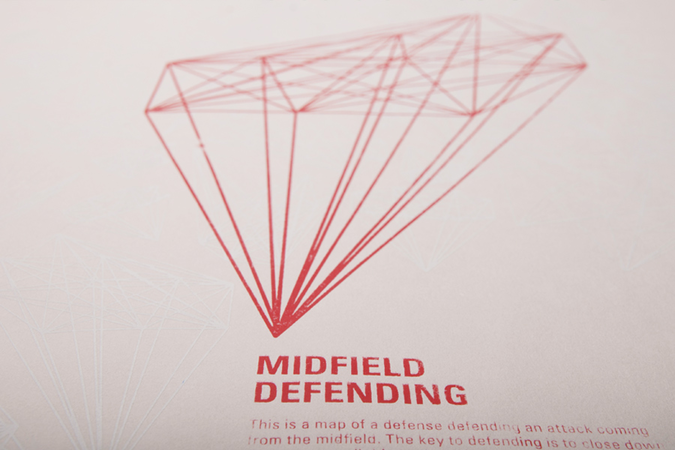 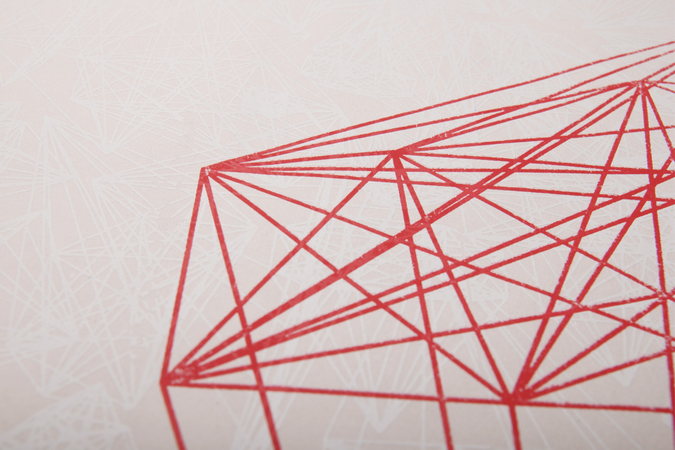 Who’s Ready For Episode 2 Of “No Holden Back?”

Club Rap Anthems Don’t Get Any Better Than This One For D.C. United