Fresh into the KCKRS inbox is this effort from reader Dan O’Connor for New York City FC’s look. Dan makes heavy use of Man City’s sky blue, and includes the three diagonal stripes from City’s badge in both of his NYCFC designs (and frankly, it’s the most innocuous of the elements in City’s badge). Dan’s shirts aren’t terrible, but both the first and second look too much like Sporting Kansas City designs. The third, though, with pinstripes and sky blue is pretty good. 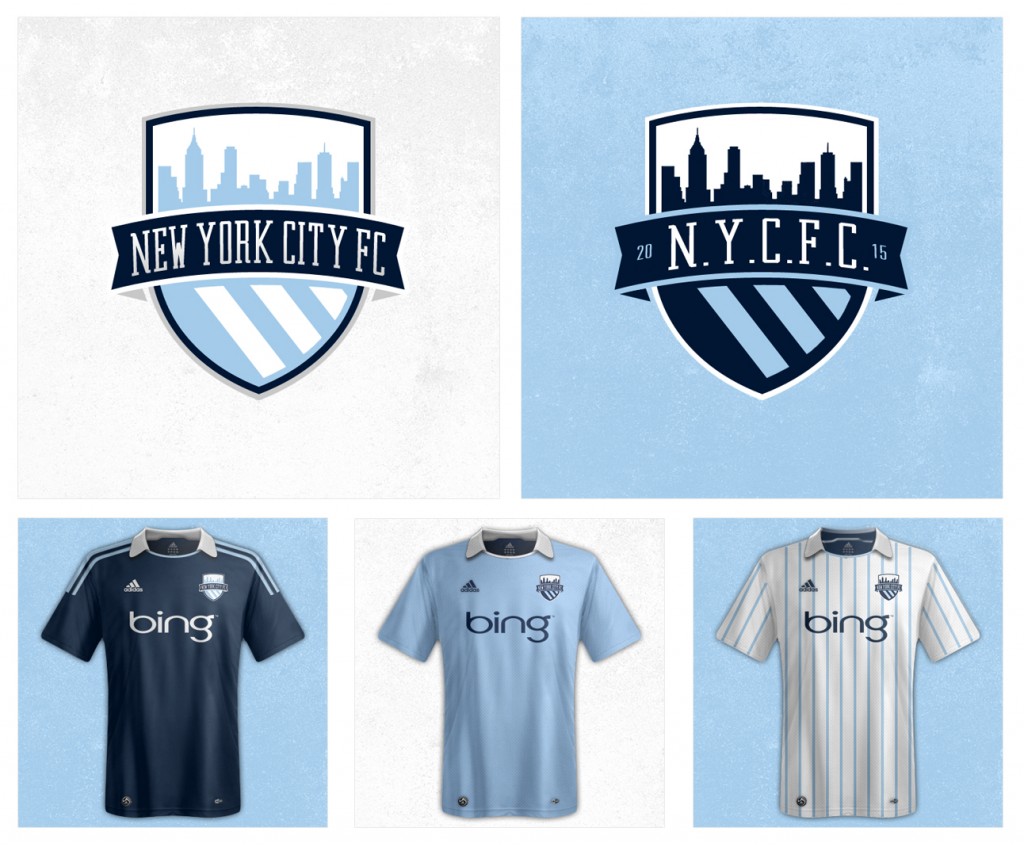 For the rest of the NYCFC designs we’ve collected here at KCKRS, click this.

Neymar Wore A Camera On His Head To Training…Enjoy?