Tonight, darkhorse Peru begin their 2014 World Cup qualifying campaign by hosting Paraguay at the National Stadium in Lima. Just in case the team needs a little extra help, three Peruvian shaman performed a ritual outside of the stadium meant to send the team good vibes.

Frankly, this seems like an unfair advantage. Unless Paraguay has shamans performing similar rituals on their behalf. Which they might, just not staged for the cameras. But if there aren’t photogs there to take pictures, did it actually happen? 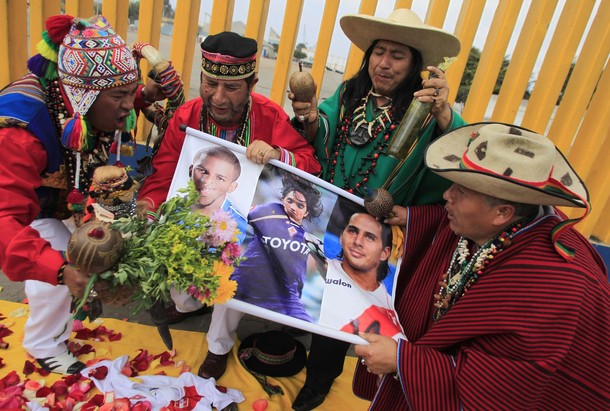 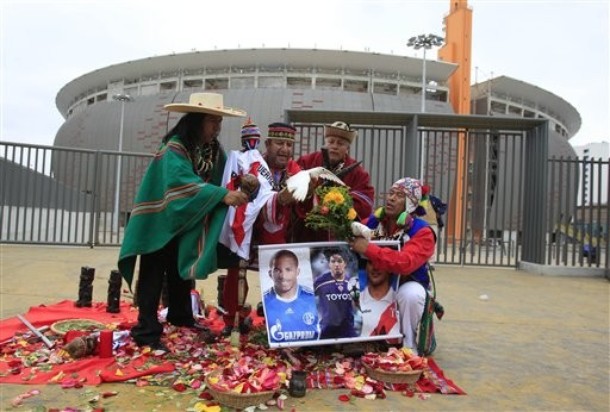 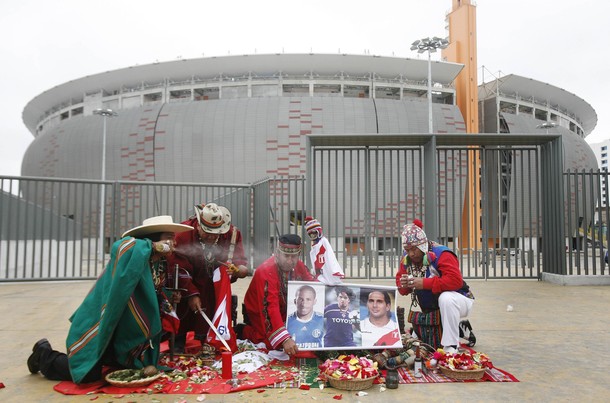 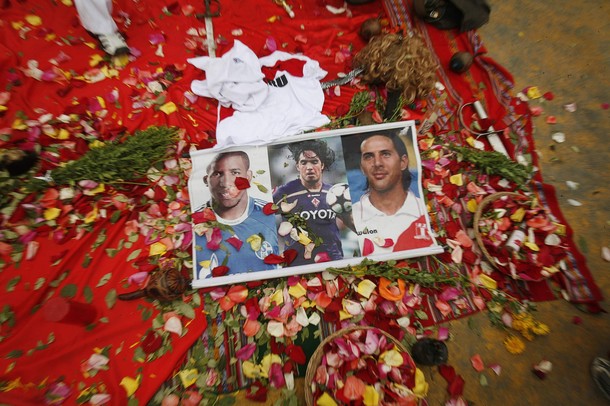 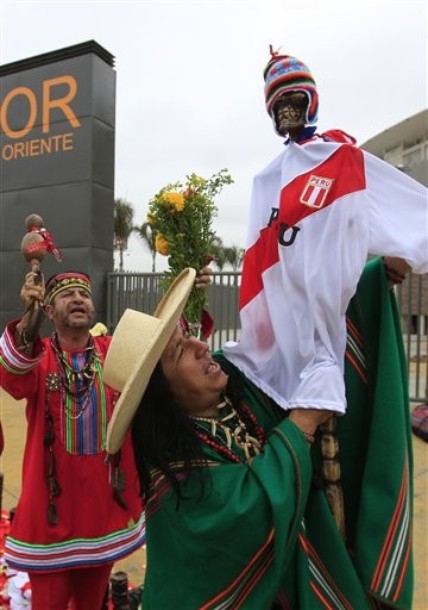 FYI, the three players the shamans have singled out for special consideration are Jefferson Farfan, Juan Vargas, and Claudio Pizarro. Expect them all to score.