PHOTO: THIS IS THE MOST MENACING PROMOTION CELEBRATION EVER.

I’LL CALL THEM THE ‘THREE PHOTOSHOPPED LIONS’ FROM NOW ON.

Happy St. George’s Day that we missed yesterday. To make up for it, we give you this link to a site that has pictures of England players with three lions. In a manner. // Kickette

AS DERBYS GO, THIS ONE MIGHT GET JUST A LITTLE HEATED.

Two teams made up of characters from The Wire, in honor of the show’s 10th anniversary. I still can’t believe there’s no place for Omar. // The Other 87

DAMN RIGHT. GOALS ARE SO TOTALLY OVERRATED. EVERYONE KNOWS THAT.

Barcelona is always the best team on the field, even when they lose, because they dominate possession. Clearly we need a rule change to reward their brilliance. // Dirty Tackle 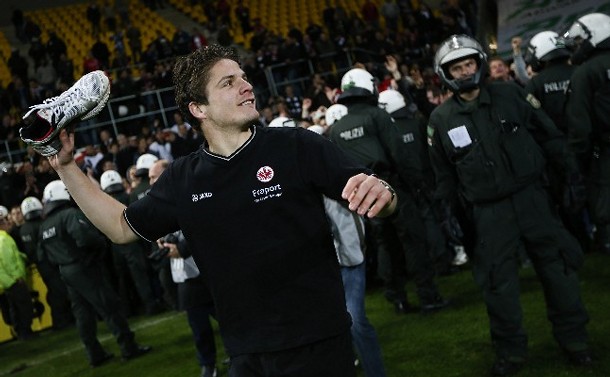 PHOTO: THE TOSSING OF THE BOOTS, ONE OF THE LESSER KNOWN PROMOTION TRADITIONS.

Eintracht Frankfurt captain Pirmin Schwegler tosses his boot into the crowd during the celebration. (REUTERS)

THE FUNNIEST YEAR ON RECORD. AND NOT JUST BECAUSE OF PETER CROUCH.

Andi Thomas will now explain to you why 2011-12 has been full of near constant LOLs. // ESPN Soccer

THERE’S A GIANT TORSO-SHAPED HOLE IN THE EARTHQUAKES’ HEART.

Not being British, I have no history with the Sinclair ZX Spectrum (we had a Commodore 64). That doesn’t mean I can’t appreciate this trip down memory lane with the football games of the ZX Spectrum. // twohundredpercent 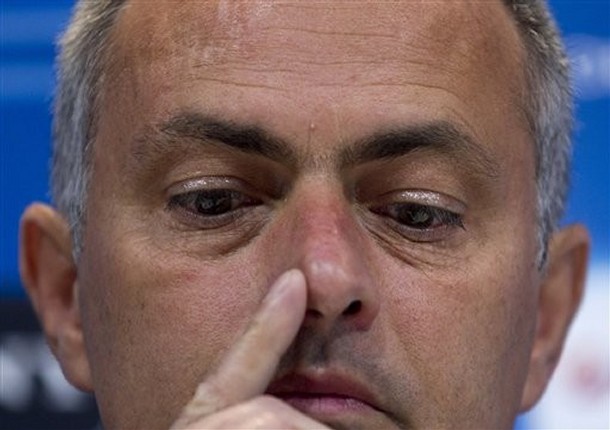 The art of the press conference photo fascinates me. This one, not so much. (AP PHOTO)

THE EXCEPTION TO THE RULE. HERE’S TO THE HEALTH AND HAPPINESS OF DEANO.

A lovely little story of one fan’s night at the pub with Dean Windass. // When Saturday Comes

EVEN AS WE SPEAK, CHELSEA IS PULLING THEIR BUS INTO THE PENALTY BOX AT THE CAMP NOU…

By the end of today, we’ll either have a football world singing the praises of a resilient Barcelona team that is the model for all clubs everywhere, or a football world lamenting the “injustice” of a lesser team ousting the glorious Catalans with criminal anti-football. Sounds like a blast, either way. Follow us and like us, please and thank you.

A Dash of St. George in Umbro’s New Inspired Collection