PHOTO: WAKE UP!
Seriously, Andrey, wake up. Arsenal fans would like you to actually resemble a decent player from time to time. (GETTY IMAGES)

I HEARD CHELSEA IS SERIOUSLY CONSIDERING CALLING HIM UP TO HELP WITH TORRES.
Alessandro Del Piero can bring little girls out of comas, which is completely unsurprising. // Dirty Tackle

LET’S SEE HOW LONG I CAN BIT MY TONGUE, SHALL WE?
Is this the new USMNT away shirt? Are those stars I see? Are there any questions I can ask that will make me feel better about this design? // World Soccer Reader 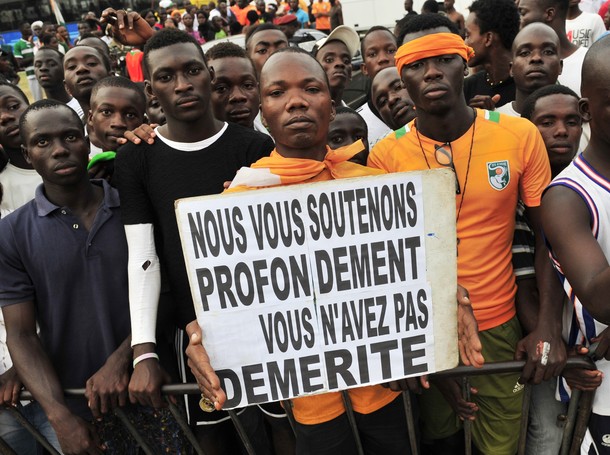 PHOTO: UNCONDITIONAL LOVE.
Cote d’Ivoire fans welcomes back their national team with messages of support after the loss in the AFCON final. (GETTY IMAGES)

TOTALLY NOT FAIR.
So David Beckham can do what he can do with a real ball, AND he has foosball trick shots? // The Original Winger

THIS SOUNDS FAMILIAR…
Freddie Ljundberg is quite the nomad these days. Did you know he was playing in Japan? Well, not anymore. // FIFA.com

OOF. BLACKBURN? THE ENGLISH ECONOMY IS BLACKBURN?
Kinda footy related: a Guardian writer compares the English economy to those original Football League clubs that are now also-rans or worse. // The Guardian 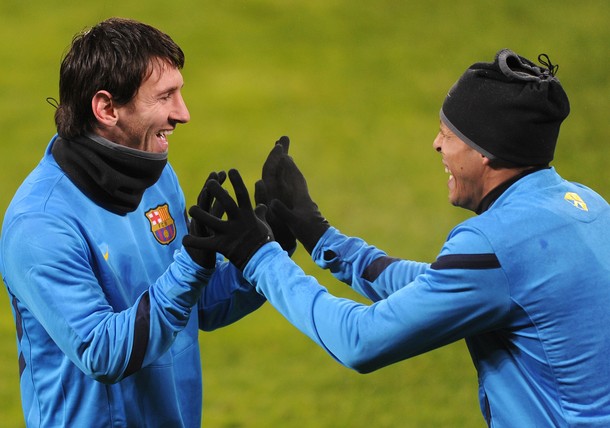 ROSES ARE RED, VIOLETS ARE BLUE, ANDREY ARSHAVIN IS THE MOST HILARIOUS FOOTBALLER ON THE PLANET.
What? I don’t really do rhymes. Follow us, to the ends of the Earth as you would your one true love, and like us like you did that girl in eighth grade who totally didn’t invite you to her birthday party. Not cool. Happy Valentine’s Day.

Was There Ever Any Doubt Brek Shea’s Vehicle Would Look Like This?

Alex McLeish Is Taking Advice From The Cleveland Browns