QWK KCKS: Back On the Horse

PHOTO: ONE DAY, BECKS WILL BUILD A LAIR IN THE MIDDLE OF THE ATLANTIC TO CUT DOWN ON TRAVEL TIME.

David Beckham was in London, then Philadelphia (where he played 75-ish minutes against Chelsea), then London again. Above is Davey looking fly with that Optimus Prime Minister guy and an official from UNICEF UK. (Reuters) 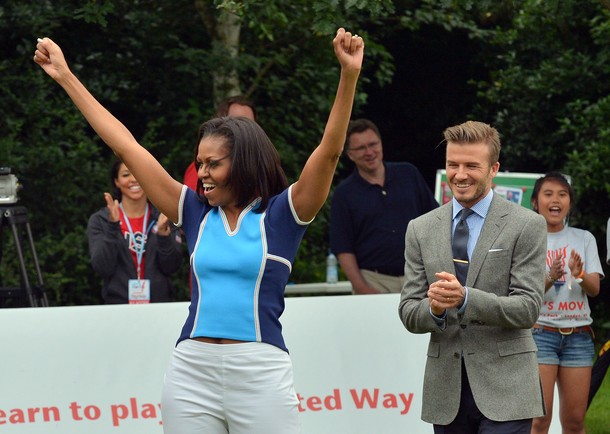 And here he is cheering on the FLOTUS (also in London). (Getty Images) 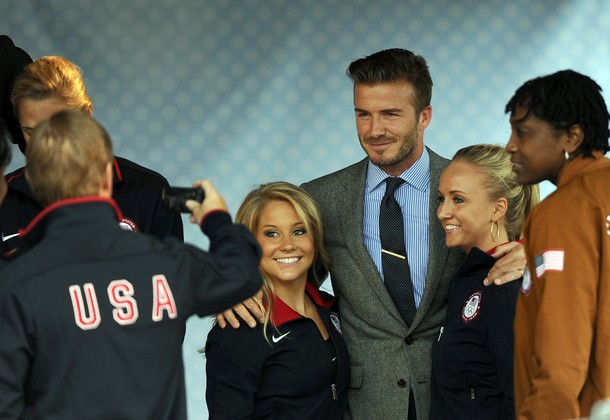 THEN MAYBE YOU SHOULDN’T HAVE QUIT. JUST SAYIN’.

Fabio Capello, who quit England, says the Three Lions would have had a better Euro campaign if he was in charge. But resigning over John Terry was totally worth it, right Fabio? // BBC Sport

City hasn’t spent any money this summer, which might be the first sign of the apocalypse. // Dirty Tackle 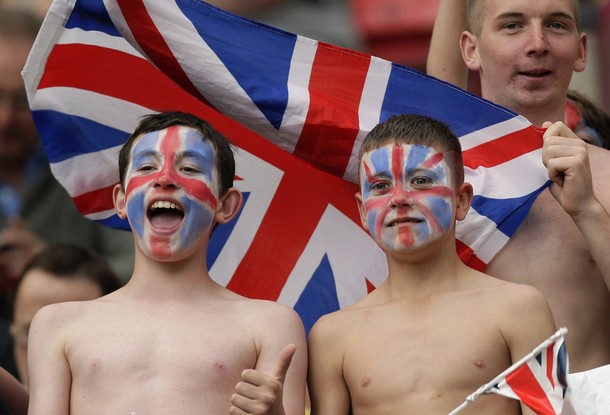 PHOTO: STILL WORKING OUT THE KINKS. THE UNION JACK HAS DIAGONAL STRIPES TOO, KID.

The British are slowly getting the hang of this “combined” team thing, which will probably never happen again. (AP Photo)

THIS IS BOTH AMAZING AND SUPER CUTE IN IMMEASURABLE WAYS.

At Spain Olympic training, drills include whatever this is called, which is a combination of ring around the rosy and keepy-uppy. // Invent Football

NOT SURE I WOULD EVER WANT TO BE THE GUY THAT COPIED NICKLAS BENDTNER. IN ANYTHING.

ALL OF THESE PARALLELS AND NOT ONE MENTION OF THE INDECIPHERABLE UNIQUE ACCENTS.

In some pretty broad ways, Baltimore is a lot like Liverpool. So it makes sense that there’s a large contingent of Liverpool fans in Bawlmer. // Baltimore City Paper 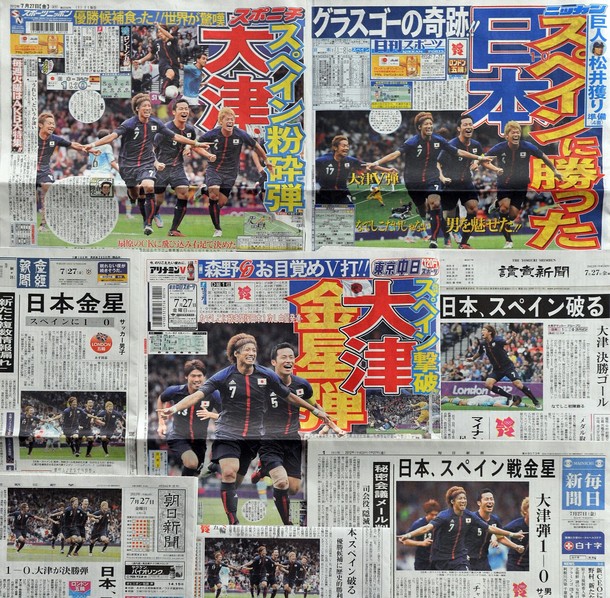 The Japanese newspapers exalt in the surprise win by their Olympic football team over Spain. (Getty Images)

I ALWAYS FEEL GUILTY WHEN I REALIZE I FORGOT TO VOTE. WAIT.

Chris Pontius picked up another award besides his 2012 MLS All-Star Game brought to you by AT&T featuring miCoach by adidas MVP. It involved how he looks without a shirt on. // Kickette

SUDDENLY, THE OLYMPICS JUST GOT A LOT MORE INTERESTING.

Japan beat Spain in the opening round of the men’s Olympic soccer tourney. It was a first class performance (rimshot). // Bleacher Report

IF WE TRY REALLY HARD TO MAKE UP FOR YESTERDAY, WILL YOU STILL LOVE US?

The KCKRS crew took a brief break after Wednesday night’s MLS All-Star festivities, mostly because some parties happened and travel occurred. Now we’re back to full-strength, and with actual soccer happening in places, we have no excuse if we don’t bring you the best news and culture. So…we’re going to do that. Follow KCKRS and like KCKRS.