QWK KCKS: Blocking It Out

VIDEO: 80 YARDS, ON THE FLY, IS TRULY SOMETHING TO BEHOLD.

Impressive length on this goal in Peru. There are intercontinental ballistic missiles with flatter trajectories. (YouTube)

IS THIS HOW YOU WOULD TREAT THE REAL CAPTAIN AMERICA? I THINK NOT.

USMNT captain Carlos Bocanegra might have to go back to Rangers because Racing Santander screwed up the paperwork. I mean, c’mon! // The Daily Record

I THINK THIS IS WHAT THEY CALL ‘LAYING THE SMACK DOWN’, OR SOMETHING EQUALLY IDIOMATIC.

Brent Latham takes the Mexican media to task for being ridiculous, suggests they just cover the damn games (I might have added the “damn”). // Goal.com

WHO’S JUST A LITTLE SURPRISED SAMSUNG HAS THE CASH TO PAY FOR THIS AFTER THAT WHOLE APPLE LAWSUIT THING?

Samsung re-ups as Chelsea’s shirt sponsor while Apple’s lawyers lurk in the shadow waiting to pounce with a lawsuit for twelveteen billion dollars. // Reuters 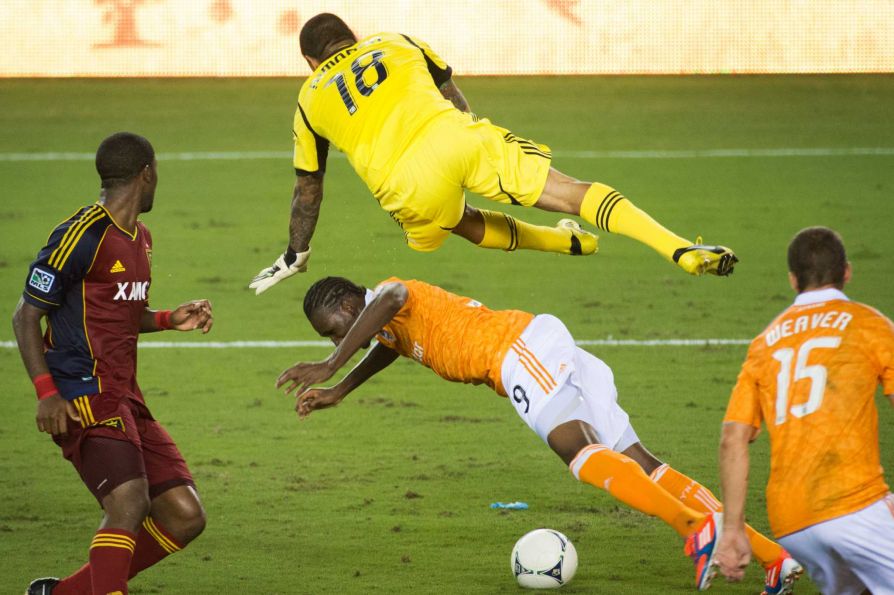 PHOTO: ‘THE CASE OF THE FLYING GOALKEEPER’ WOULD BE A GREAT NAME FOR A MYSTERY NOVEL SET AT A FOOTBALL MATCH.

THOSE ‘LEARN HOW TO EMOTE’ ACTING CLASSES ARE REALLY PAYING OFF FOR BRENDAN RODGERS.

I have no idea what’s going on here, but I’m not sure I care to know the actual context. It’s more fun to make things up. Like imagining it’s directly related to a plea from Rodgers for Liverpool players to “man up.” // Off the Post

Wayne Rooney says the transfer request gambit he used to score a new contract two years ago was his biggest ever mistake. I wonder if Wayne suffers from convenient memory loss, or he’s blocking out a few things that definitely happened. // Eurosport

THE IRONY OF PIERS MORGAN CALLING A PROFESSIONAL ATHLETE A ‘TWERP’ IS KNEE-BUCKLING.

Clint Dempsey tells Grant Wahl that he’s ready to make an impact at Spurs and then takes the high road on Piers Morgan. Aww. // Sports Illustrated 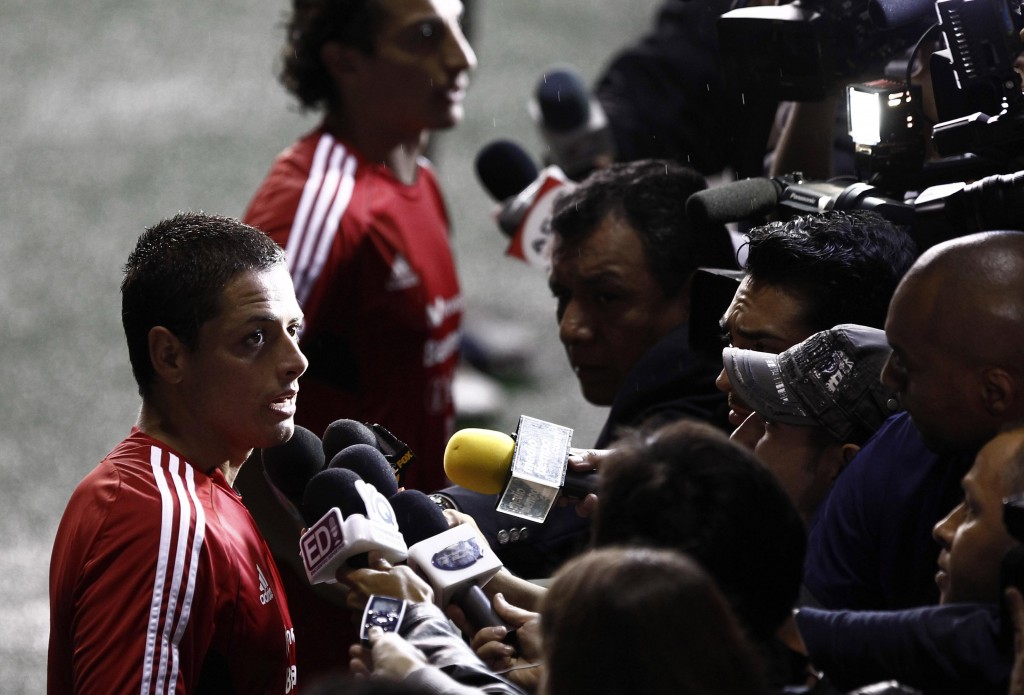 PHOTO: ‘WHY DON’T YOU JUST PUNCH WELLBECK IN THE FACE SO YOU CAN GET SOME PLAYING TIME?’

…is the question I pretend reporters are asking in this photo of Chicharito talking to the press ahead of Mexico’s qualifier with Costa Rica.

This is how you do intense World Cup qualifier buildup. // The Footy Blog

THIS GUY LIKES ‘EM YOUNG, WHICH ISN’T HOW IT SOUNDS AT ALL.

You know what Friday needs? A list of the top 50 players under 21 is what. // Bleacher Report

TONIGHT, I PLAY EVERYONE’S FAVORITE GAME SHOW ‘FIND THE STREAM.’ THERE ARE NO PRIZES, BUT YOU DO GET SEE A BILLION ADS FOR E.D. PILLS.

Bully! It’s international break and stuff, which means you club before country people are going to be all mopey and stuff. You’re certainly allowed, just don’t get any of your whine in my football. Thanks, and may all of your players stay healthy. Follow KCKRS. Like KCKRS. Let’s do this.

The FIFA 13 Track Listing Is Out, And It Is Glorious