PHOTO: THE KIDS LOVE DAVID. I THINK IT’S ALL THE TATTOOS. HE’S LIKE A WALKING COMIC STRIP.

David Beckham swung by Greece to pick up the Olympic flame yesterday. I have no idea where he is now, but he’s supposed to be in LA tomorrow. That man has more miles than an ’89 Sentra. (Reuters)

I DON’T KNOW HOW TO SAY ‘DYNASTY’ IN FRENCH. I COULD LOOK IT UP, BUT THAT WOULD BE CHEATING.

Congratulations to the women of Olympique Lyonnais, who defeated Frankfurt to win their second UEFA Women’s Champions League title in a row. // Futbolita

IF CLUBS ARE GOING FOR JOURNOS NOW, I’D LIKE TO PUT MY NAME IN. FOR THEIR OLD JOBS, I MEAN. WHAT?

It’s probably wrong to jump to conclusions about Liverpool’s (rumored) hiring of Sports Illustrated soccer editor Jen Chang as Director of Communications, but since Jen is really, really smart and I happen to like him, I’m calling this one. Homerun. Further sound reasoning for that belief comes from Richard Whittall. // The Footy Blog

IT’S A STORY AS OLD AS TIME. YANKS ALWAYS (ALWAYS) DO THIS. CLICHES, ALL OF THEM.

Heard this one before? Yank goes to London not a soccer fan, falls in love with the sport, writes about his love for the “real football.” At least this one balances out the WSJ’s previous “soccer is terrible” pieces. // Wall Street Journal 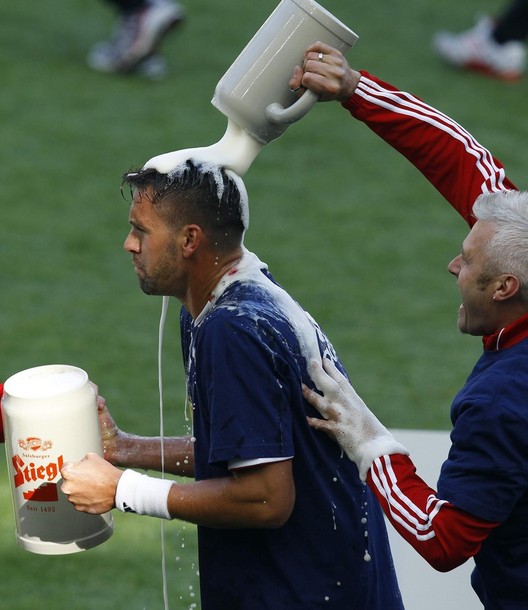 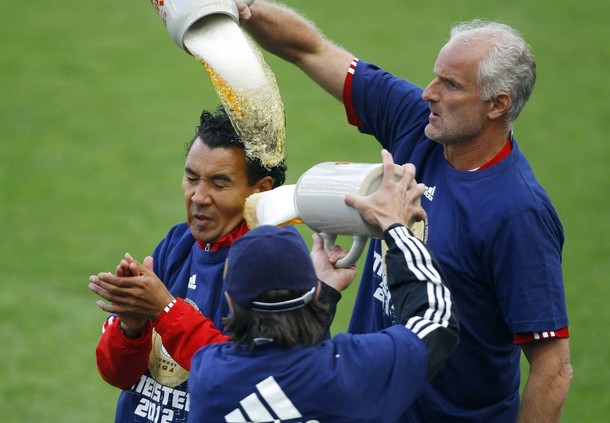 PHOTO: I’M SECRETLY HOPING THAT IS JUST REALLY FROTHY RED BULL. BECAUSE OTHERWISE, WHAT A WASTE.

Red Bull Salzburg won the Austrian Bundesliga and celebrated by pouring giant steins of beer all over each other. This tradition needs to be exported to the States. (Reuters)

Why are these lovely German girls singing “Hup Holland Hop”? I don’t know. I’m guessing most of us don’t care. // 101GG

Rather than accept one of the several hundred thousand job offers he’s received since stepping down at Barcelona, Pep Guardiola has decided to coach all of the teams in Europe at once. Please note that this is news from the future (an awesome future). // Dirty Tackle

THE FARTHEST I’VE EVER CHASED A DREAM IS MASSACHUSETTS. THIS GUY WINS.

Here’s an excellent first-hand account of a young player who chased his professional dream from college in the States to the lower divisions of Brazil. // New York Times 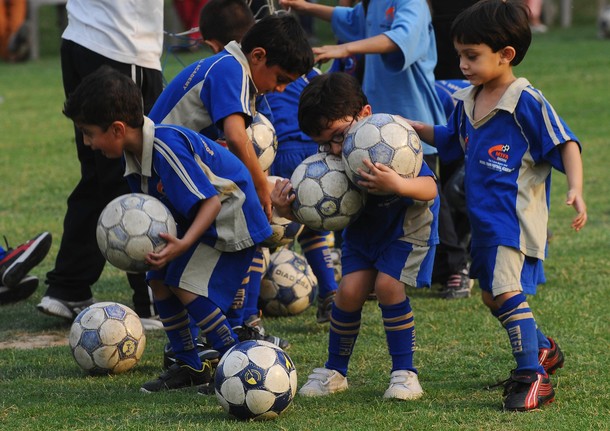 PHOTO: LET’S JUST GET YOUR ‘AWW’ METER FILLED UP FOR HE DAY, SHALL WE?

Little Pakistani boy trying to carry two balls is as cute as it gets. (Getty Images)

WE’VE LOST THE ABILITY TO EXPRESS OURSELVES WITHOUT HYPERBOLE. IT’S THE WORST THING EVER.

Gerald Sinstadt thought the last Sunday of the season was great and all, he just wishes broadcasters had subtler ways of saying it. // This Is Staffordshire

HERE’S MY PREVIEW OF THE PREVIEW: THERE WILL BE INFORMATION DELIVERED THAT RELATES TO THE CHAMPIONS LEAGUE FINAL.

Chelsea. Bayern Munich. All the marbles. Someone will have them. Here is a preview. Read it. // Bleacher Report

I WONDER WHAT TOM ARNOLD IS DOING RIGHT NOW…DAMN YOU AND YOUR HOKIE MARKETING PLOYS, FOX BROADCASTING COMPANY (AND BY EXTENSION, RUPERT MURDOCH, WHO CAN GO JUMP IN A LAKE, THANK YOU VERY MUCH).

With No Hockey To Play, A Bunch of Capitals Went Out To Watch D.C. United