PHOTO: GO FOR PENALTY LAUNCH. IN THREE, TWO, ONE…

NOW, WHEN THE BOLIVIAN-BRAZILIAN WAR BREAKS OUT, YOU’LL KNOW WHY.

Neymar and Santos were in Bolivia for the Copa Libertadores, where someone decided the best way to keep Neymar in check was to hit the Brazilian star with a projectile. // Dirty Tackle

YOU DON’T HAVE TO BE SO DISMISSIVE ABOUT IT. SHEESH.

Any dreams New England Revolution fans might have had that the Fenway Sports Group could take the team off the hands of the cruddy Krafts are now crushed. Crushed, I say. // New England Soccer News

‘HOW MUCH DOES RAFA MARQUEZ TOTALLY SUCK? #HENRYQUESTION’

Here’s your chance, via USA Today, to ask Thierry Henry a question on Twitter. Make it good one. // USA Today 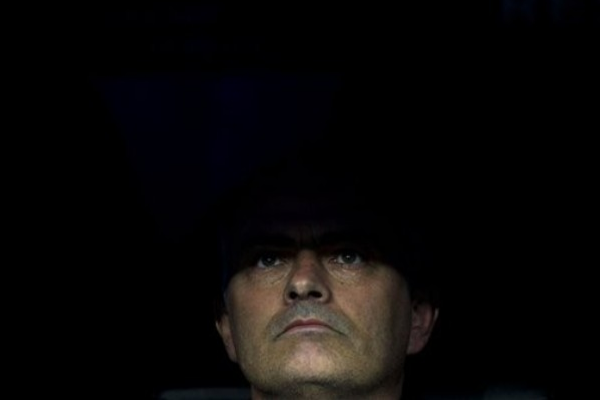 PHOTO: IT’S NOT TOO OFTEN THAT THIS MAN GETS OVERSHADOWED. VISUAL ANALOGY.

Jose watches from the dugout as his Madrid team falls in the Champions League semifinals. (AP Photo)

A SKIED PENALTY TURNS EVERYBODY INTO COMEDIANS. BAD COMEDIANS.

Sergio Ramos hit his penalty a touch high, spawned the expected cycle of “into orbit” and “just landed” jokes. // Futbolita

THIS IS TOTALLY IN NEED OF A CARTOON SOUNDTRACK. BOING.

Watching the .gif of Arjen Robben flying into the net is a great way to waste 12 minutes. Yeah, I said 12 minutes. // SB Nation

PHOTO: FOR A LITTLE WHILE THERE, RONALDO TOTALLY HAD ONE OVER ON MESSI.

And then his penalty was saved, his team lost, and now he’s the second-best player in the world again. (Getty Images)

ITV had a shocker, cut to the News At Ten 15 minutes before ten, while the Champions League semifinal was still in extra time. // Deadspin

I DARE YOU NOT TO BE SHOCKED BY THESE THINGS THAT ARE POSSIBLY SHOCKING.

Shocking rumors of transfers that may or may not be true! // Bleacher Report

SERGIO RAMOS’S PENALTY JUST CAME DOWN, HIT ME IN THE HEAD, BOUNCED OFF MY MONITOR, AND CAME TO REST IN MY TRASH CAN. BECAUSE IT WAS GARBAGE, YOU SEE. HARDY HAR HAR.

This Is The Disturbingly Inevitable “When Gary Met Sally” Mashup

D.C. United Sent Chris Pontius on a Mission To Get John Wall the Right Jersey