PHOTO: THIS IS ALECSANDRO OF VASCO DE GAMA. HE IS NOT A CAT.

Alecsandro of Vasco de Gama celebrates Vasco’s win over Lanus in the Coba Lib by scaling a fence. (AP Photo)

IT’S THE BEST AROUND. NOTHING IS EVER GOING TO KEEP IT DOWN.

NOW THIS IS COMMITMENT IN THE FACE OF A CHANGING WORLD. ZANETTI WITH A FAUX HAWK? PSSH.

Javier Zanetti’s never-changing hair as illustrated through Panini stickers. // Off the Post

Juventus defender paints his Jeep to celebrate Juve’s scudetto, includes the third star. The painted Jeep not being quite classy enough, he decided to ignore that whole cheating thing. // Dirty Tackle 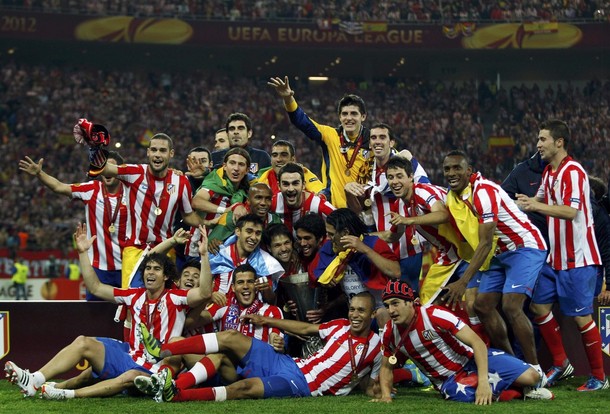 PHOTO: LET’S ALL DRINK TO THE CHAMPIONS OF EUROPE. WAIT, THAT’S NOT RIGHT.

One letter changes everything. Seriously, though, congrats to Falcao Madrid, I mean Atletico Madrid on their Europa League championship. (Reuters)

At one point, Shanghai Shenhua appeared ready to take over the world, in a sense. Now…well, Nicolas Anelka is doing what Nicolas Anelka does. // When Saturday Comes

ENGLAND IS ENGLAND AND WILL ALWAYS BE ENGLAND. GET THAT BIG MAN IN.

England can’t be without their Big Man. This bodes well for Andy Carroll (or Grant Holt). // SBNation

I WOULD ENJOY IT IF ‘PIPPY’ TRANSFERRED FROM THE HORSE TO WAYNE HIMSELF. PLEASE.

In addition to the cleverly named “Switcharooney”, Wayne Rooney has a horse named Pippy. Pippy Laststocking. Okay, I made up the Laststocking. // Greenwich Time 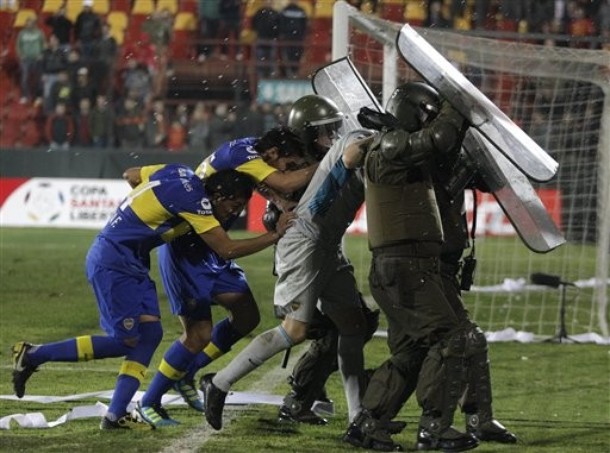 Juan Roman Riquelme and friends required a riot police escort to get off the field in Chile. (AP Photo)

FANTASTIC FALCAO CARES NOT FOR YOUR SCOFFING, FOR HE HAS JUST ONE NAME.

Atletico’s Colombian star declares his move to the club “not a mistake” despite some people saying it was a mistake. // Futbolita

Polish police will wield a new weapon in the battle against hooliganism at Euro 2012: a sound cannon that will blow you eardrums completely out of your head. Completely. // Bleacher Report

A Priest, an Imam, and a Rabbi Walk Into a €500 Million Stadium…