KNOW YOUR WAGS.
Let’s play “Name that WAG”! Step right up and match the WAG to their quote, win fabulous prizes! Well, actually, there are no prizes, other than the satisfaction that comes with having an intimate knowledge of WAGs and their words. // Kickette

“THE ROOT OF ALL SUPERSTITION IS THAT MEN OBSERVE WHEN A THING HITS, BUT NOT WHEN IT MISSES.”
Roberto Mancini is a man of many superstition, which means he often smells like wine. // Dirty Tackle

WALDO ON THE AFTERLIFE.
A short video profile on a guy I may have annoyed on occasion, the irrepressible Eric Wynalda. // The Offside Rules 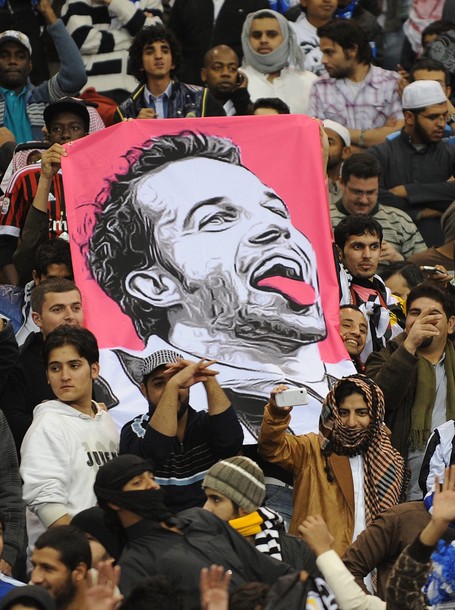 SOCCER IN AMERICA IS COMPLICATED. HERE’S SOME INSIGHT.
An interview with broadcasting legend Andrés Cantor on everything from the saturated American televised soccer market to his emotional call of Landon Donovan’s goal against Algeria at the 2010 World Cup. // The Best Soccer Show

HERE’S A GOOD QUESTION.
Which most fans would probably respond “no” to, mostly because a “yes” would require giving Don Garber credit. And no one seems to want to do that. // USA10KIT

BECAUSE THESE SITUATIONS ALWAYS WORK OUT SO WELL.
The new head of the Tajikistan FA is the son of the country’s president. But before you jump to conclusions, the kid (he’s 24) founded and played for a club in Dushanbe. Nothing hinky here. Nope. // RFERL.org 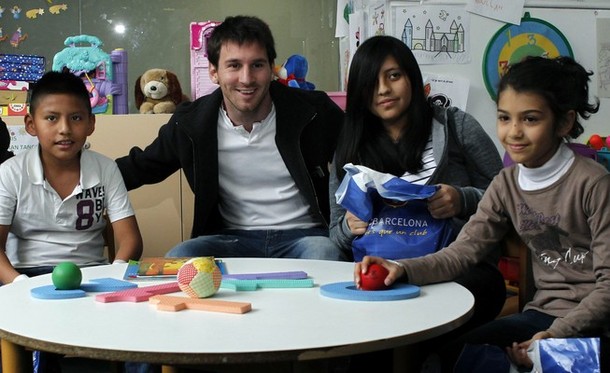 PHOTO: HE JUST WANTED TO HANG OUT WITH SOME PEOPLE HIS OWN SIZE.
Leo and friends in class. (REUTERS)

SCHEDULE MANIA IS ONE OF THE ODDER MANIAS.
The 2012 MLS schedule landed yesterday. Here are the notes and facts and nuggets you need to sate that aching desire for information about games that don’t start for three months. // The Sporting News

BLAME THE BASQUE WOMEN. BIRTH MORE BABIES, WOMEN OF THE BASQUE COUNTRY. I SAID BIRTH THEM!
How long can Athletic Bilbao hold out on La Cantera? Questions abound, and the policy is not as clear cut as you might thing. // IBWM

GO DIEGO GO.
If you’re going to get a football-related tattoo, get something iconic. This is will do nicely. // Invent Football

VIDEO: THE POWER OF THE DARK SIDE MEANS HE CAN’T HIT IT RIGHT DOWN THE MIDDLE.
New to me, and fairly awesome. (via TOR)

RETURN OF THE MAK.
The sudden ascension of Claude Makelele in the coaching ranks at PSG comes as a surprise to even him. // The Footy Blog

SURE. WHY NOT GET COMPLETELY AHEAD OF OURSELVES?
Ten American teenagers who have some potential and could be stars maybe if everything happens perfectly. For the record, I’m not the one over-hyping… // Bleacher Report

AS RETURNS GO, THE “OF THE MA(C)K” VARIETY IS USUALLY A WINNER.
We’re not returning, because we never went anywhere. We’re here for you now, filling your cup with footy culture goodness until it overflows onto your pants and you have to go put on clean ones, only they were the ones you were saving for your date later and you’re a little perturbed at us. Don’t be. It’ll be okay. Follow. Like. Weekend samba.

What The Hell Is Going On With Jermain Defoe’s Hair?

Carlo Ancelotti’s Left Eyebrow Is Back In Football Management