PHOTO: MEXICO IN RED. IT’S ENOUGH TO EXPLODE MY BRAIN.

Mexico is at the Olympics and they’re wearing red and I’m having Olympic qualifying flashbacks and my nose is bleeding now. Ow. (AP Photo)

THIS GUY IS NOT THE SHARPEST ARMY KNIFE IN THE DRAWER. GET IT?

The Swiss Olympic football team has kicked Michael Morganella off the team for being an idiot. Yes, this involved Twitter. // Fourth Place Medal

MANCHESTER UNITED FANS ARE EXCUSED TO RAM THEIR HEADS INTO WALLS.

The Manchester United IPO will put up about 10 percent of the club. The money raised, most of which was supposed to go to servicing debt, will not be split 50/50 between debt and the pockets of the Glazers. Yuuuupppp. // The Guardian

YOU’D THINK FOR $300K YOU’D GET SOMETHING LESS…BURNT-TO-A-CRISPY.

Ever Banega has the worst luck with cars. This time, his Ferrari spontaneously combusted. // Dirty Tackle 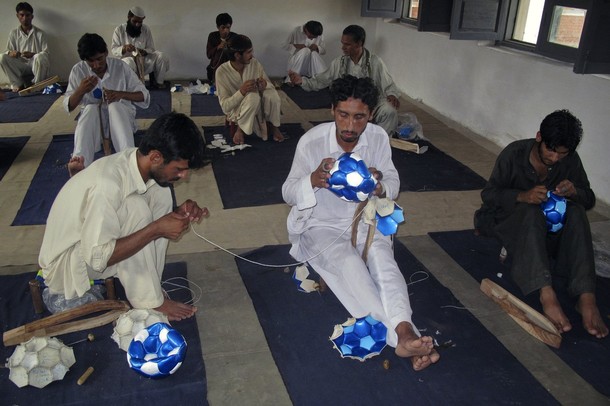 PHOTO: THE WORLD NEEDS BALLS, AND THE BALLS NEED STITCHING.

In a bid to find jobs for people returning to the south Waziristan region of Pakistan, the military of country has launched a ball-stitching program. (Reuters)

EVERYTHING YOU THOUGH YOU KNOW IS A LIE! WELL, ALMOST EVERYTHING. TFC IS STILL NOT GOOD.

Eddie Johnson, back in MLS after four years away, is in a unique position to judge the progress of the league. Here’s what he said and what it might mean. // Prost Amerika

IT’S VERY SAD THAT THE A-LEAGUE IS NOW RELEGATED TO ‘FORLORN HOPES.’

Tim Cahill is a New York Red Bulls now, having passed on the chance to go back home. Sad face down under (which looks like a smile from here). // Sports Illustrated

NEVER PEGGED ROBIN AS BEING SO CULTURALLY DAFT. YOU LEARN SOMETHING NEW EVERYDAY.

Batman has a message for Robin, and for all of you culturally clueless people out there. // Invent Football 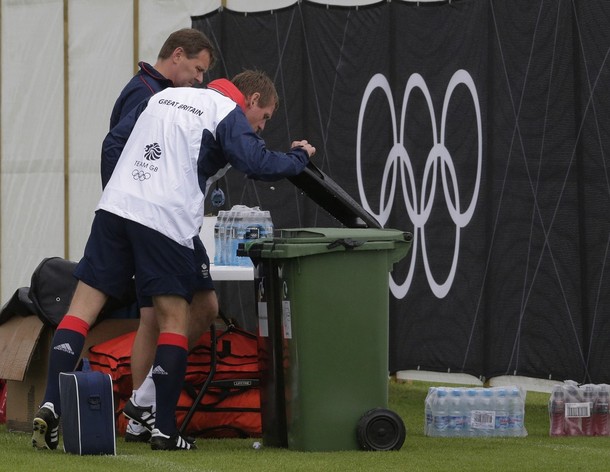 PHOTO: TOO MANY EASY JOKES. WHAT ARE YOU LOOKING FOR, STU?

Not only is Stuart Pearce peering into a trash can/rubbish bin in this photo, someone with the AP thought it was worth taking. Okay. (AP Photo)

THIS IS THE BEST STORY OF ALL TIME AND WILL NEVER BE TOPPED. HANDING IN MY BLOGGING LICENSE RIGHT NOW.

A boy with no feet got to live out his dream of training with Barcelona. He has no feet. // 101GG

EVEN THE COACHES AT MAN CITY ARE CAPABLE OF PUTTING ON A SHOW.