PHOTO: AND THEN EVERYONE WAS DISAPPOINTED THAT THIS IS ALL IT WAS.

For a moment there, it looked like Fergie and Mancini might get into actual fisticuffs. That would have been amazing. (AP Photo)

I’VE NEVER BEEN PROUDER TO BE AN AMERICAN. WAIT, I MEAN THE OPPOSITE OF THAT.

The Manchester Derby was such a monumental happening that the game was moved to a place of prominence on the ESPN flagship network. This did not sit well with many of Twitter’s homophobic/xenophobic idiots. // Deadspin

NEIL WARNOCK LOSING HIMSELF IN THE MOMENT IS NOT SOMETHING I THINK I WANT TO SEE.

Things that don’t go together: Neil Warnock and an Eminem track. Nevertheless, here they are together. // Beat the First Man

DARTH DOESN’T SO MUCH STOP SHOTS AS HE CHOKES THEM IN MIDAIR.

The Star Wars starting eleven. I’m not sure Emperor Palpatine’s defensive abilities outweigh his tendency to be the most evil bastard alive. // The Other 87 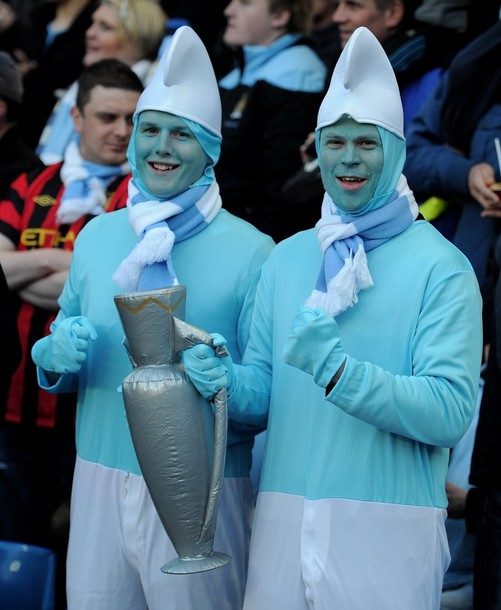 Proud Man City fans. I mean, really, really proud. Is anyone else not surprised there’s no Smurfette? (Getty Images)

OKAY, SO IT’S OFFICIAL: NEYMAR IS THE CHOSEN ONE. INSERT NERDY ‘DUNE’ JOKE.

Not only is Neymar among the most talented footballers in the world, he can also predict the future. This seems like too much power for one man. // Dirty Tackle

THIS VIDEO MIGHT BE A TOUCH MASOCHISTIC FOR MY TASTE.

Let’s all watch as Roy Hodgson voluntarily steps into the most thankless job in football, shall we? Press conference kicks off at 4 PM BST (that’s 11 AM EST). // YouTube (or just watch below)

ZLATAN GETS AN APP. STEPHEN IRELAND GETS A COMIC. YEP, SEEMS ABOUT RIGHT.

Footballers and tattoos go together like WAGs and reality TV. Here’s an illustrated rundown of the history of footballer tattoos. // twohundredpercent 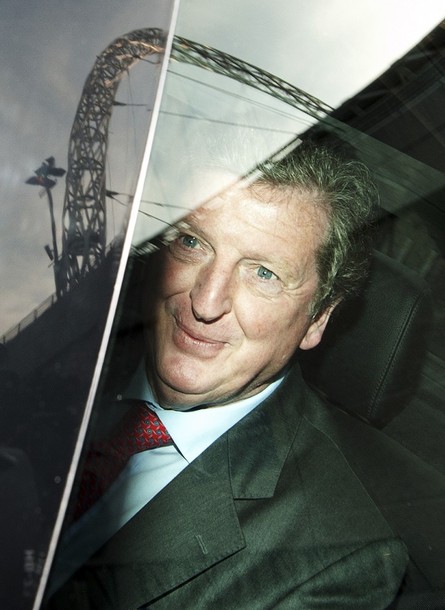 PHOTO: DESPITE APPEARANCES, THIS IS ACTUALLY ROY AND NOT THE MADAM TUSSAUDS VERSION.

Here’s Roy in a car near Wembley, looking happy—but waxen—through the glass. (Reuters)

AN OUNCE OF PREVENTION IS WORTH MORE THAN A CURE.

The Football League will ease clubs into new financial rules over the next several years. Hopefully, this means no more Portsmouths and Port Vales. // When Saturday Comes

Let’s debate the pros and cons of the Great Britain Olympic team adding one David Beckham to the stew, shall we? // Bleacher Report

IT’S A GOOD THING THEY WENT WITH SMURFS. THE OTHER OPTION WAS DR. MANHATTAN.

Blue penis jokes, and a comic book one at that. I’m on fire. Follow us (especially today, with Keith out at the launch of new adidas boots) and like us.

This Is What A Mashup Of Messi, Rooney, and Puyol Looks Like

A Collection of Posters With a Brazilian Flair