Rooting for the bad guys.

One of the best things about being a neutral during the European Championships is finding myself surprised by the side I end up pulling for in each match. In a lot of cases, I don’t even know until kickoff, when I’m suddenly hit with this very visceral feeling that Team X should totally destroy Team Y. It doesn’t happen every time, but more often than not I spend 90 minutes with a team to cheer on (it’s not an outward support, nor would I be particularly upset if Team X wins, it’s a fleeting kind of bias). Obviously this makes watching more fun.

And, being the occasional contrarian that I am, it might even be that I’m rooting for the “bad guys.” Meaning, I find myself pulling for the team most neutrals are rooting against, which is usually because they have a particularly unlikable player or they play what the haughty football fan would call “anti-football.” Be like Barcelona, be like Spain. Everyone loves them.

But even the antifootballists need love, and while the world has apparently come to the consensus that playing negatively is akin to torturing the sport slowly with a method that would make Torquemada blush, doing so remains a viable and legitimate way to win a match. At least until they change the rules. Which I wouldn’t rule out…

Let’s not confuse the means with the ends. You’re supposed to play to win. Sometimes it’s not beautiful for the neutral, but in the microcosm of one match, the neutral is the least important person in the universe.

Mostly, I just don’t want to be different. Is that so wrong?

And now that all of the tiki-taka fetishists are screaming at their computer screens, let’s get to the links.

PHOTO: DRESS UP 2012 CONTINUES WITH THESE GUYS. THE FIGHTING LONGSTOCKINGS.

MOST OF THE PEOPLE I ASK THINK ENGLAND IS GOOD. LET’S GET WITH THE PROGRAM, AMERICA.

What do the Joes and Janes of America think of the European Championships? These things, maybe. // Futfanatico

ONE STEP AWAY FROM BOILING LEO’S PET RABBIT. MAYBE HALF A STEP.

IN THE MOVIE ABOUT THIS THAT WILL NEVER BE MADE, HARRY IS PLAYED BY PAUL GIAMATTI.

Harry Redknapp is out at Spurs? The hell you say! Maybe it was his demands. // Dirty Tackle 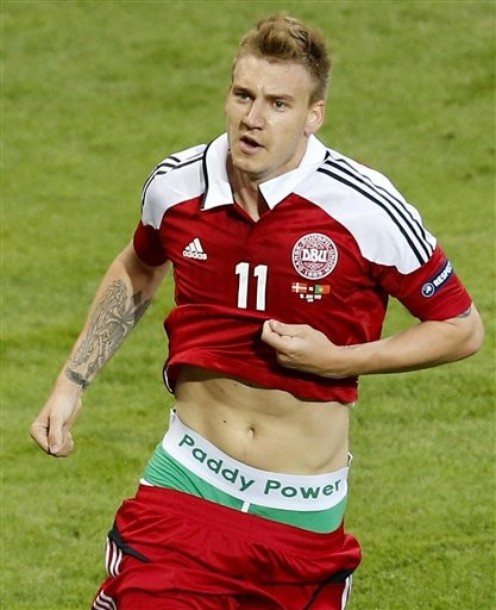 PHOTO: IT’S NOT WHAT YOU THINK. NICKLAS IS EXPRESSING HIS SUPPORT FOR RICE FARMERS.

AND NOW I HATE KICKETTE. IT’S GOING TO BE IN MY HEAD ALL FREAKING DAY.

RvP took a phone call immediately after the Dutch opening game loss to Denmark. Who could it be? Also, Kickette is evil. // Kickette

MAYBE HE SHOULD CHANGE HIS NAME TO VINCENTE DEL EVERYONEGETOFFMYBACK. EH?

This is the tournament where everyone gets really defensive about being questioned. Ahead of Spain’s match with Ireland, it was Vincente Del Bosque answering questions about his choice of formation. // Futbolita

THE PERFECT GIFT FOR THE KING ERIC FAN/CRAZY PERSON IN YOUR LIFE.

Check out this sweet print of a great Cantona quote. // The Beautiful Gear 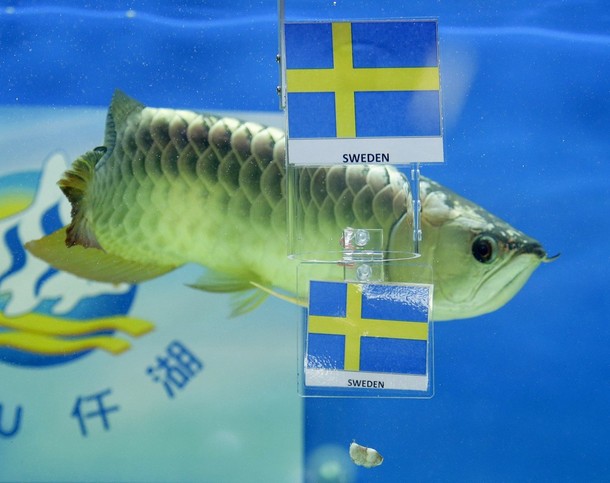 PHOTO: I CAN’T WAIT UNTIL THEY UNVEIL THE PSYCHIC EARTHWORM.

Clearly, single-celled organisms picking games is not too far away. Make it stop. (Reuters)

SO THIS THING HAPPENED AT THE EUROS. REALLY DIDN’T SEE IT COMING. BLAME THE IRISH.

A couple of Croatian ladies are in trouble back home because they went a little crazy at the Euros. This involved a lack of shirt coverage. // Deadspin

THIS WILL ONLY CAUSE HIM TO LOSE MORE HAIR. THINK OF THE CHILDREN.

IF I DREAM OF A GROUP OF PIPPI LONGSTOCKINGS SINGING INSIDIOUS CANADIAN POP SONGS, I’M GOING TO BE DISTRAUGHT.

There Is No Reasonable Explanation For Wayne Rooney’s Hair

Andriy Shevchenko Was In A Car Accident After Beating Sweden, Is Totally Fine