QWK KCKS: When Things Were The Best

I don’t know what I’m calling this yet (“Thought of the Day” is terrible), but here’s a brief thought on something happening in the world of football, before we get to the links. It’s totally okay if you skip it.

If the Eden Hazard saga is going to be the tone-setter for the summer silly season, we’re in for a world of pain as marketing and commercialism further dig their claws into the player movement process. While Hazard’s story itself isn’t unique—he’s an ascendant talent everybody wants, and they’ll all “battle” each other to sign him (which we can only hope means a future filled with managers donning Roman-style helmets and beating each other with inflatable swords until one submits)—the way it is playing out leaves an acrid taste in the mouth.

Just because Hazard resisted the urge to pull a LeBron with televised announcement of a decision to this point doesn’t mean it won’t happen very soon. For the Americans, its smacks not only of LeBron, but of National Signing Day in collegiate sports, when young men with immense hype make their college decision in front of a bank of cameras. The whole thing is oddly uncomfortable. Hazard is 21, not 17 or 18, and he’s already a professional with a track-record; still, the public decision, which casts the clubs involved as cloying, simpering, courtiers debasing themselves to garner the attention of the pretty girl, rather than revered cultural institutions for whom playing is supposed to be an honor, flips the relationship. It’s not that this hasn’t happened already, but it’s not typically so baldly obvious.

PHOTO: WAS EVERYTHING COOLER IN THE 60s, OR DOES IT JUST SEEM THAT WAY IN RETROSPECT?

There’s no denying George Best’s coolness. Here he is in 1966 showing off his car to his Miss UK girlfriend. (grabbed from The Mirror)

IT’S A COOL FOOTBALL TOURNAMENT AND A WAY TO TEST YOUR GEOGRAPHY SKILLS. WHERE’S OCCITANIA AGAIN?

The VIVA World Cup, a World Cup for nations and semi-autonomous regions unrecognized by FIFA, kicks off on June 5th in Iraqi Kurdistan. Read up. // IBWM

‘AGREE TO PLAY BETTER, OR WE WILL SHOOT YOU IN THE KNEE. WAIT, DID WE REALLY THINK THIS PLAN THROUGH?’

In Argentina, if the team is losing, bad guys puts guns to your knees and threaten to ruin your career. Whoa. // Dirty Tackle 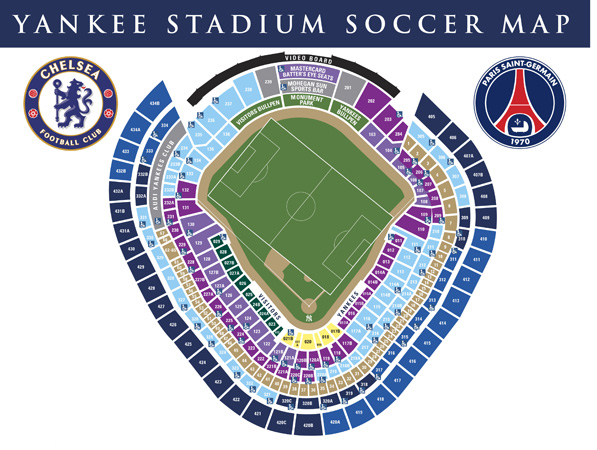 THIS IS STILL DUMB. BUT IT’S LESS DUMB IF GOAL CELEBRATIONS INVOLVE SLIDING INTO HOME.

This is what the pitch will look like at Yankee Stadium when PSG faces off against Chelsea in the World Football Challenge. I like how no fans will be within 30 feet of the field. // The Original Winger 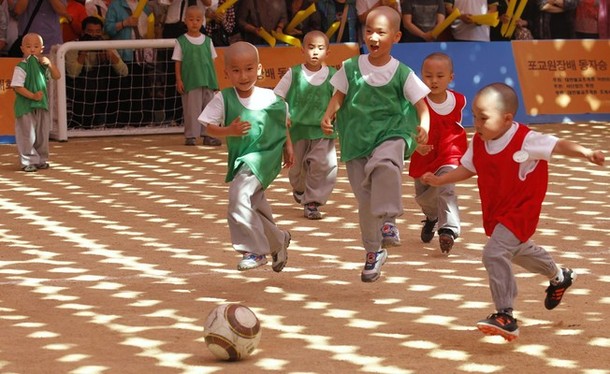 PHOTO: SOMETIMES, CHEWING ON YOUR SHIRT IS MORE FUN THAN CHASING THE BALL. THIS IS ONE OF THOSE TIMES.

HEY, AT LEAST UNITED CAN STILL CLAIM VICTORY OVER CITY IN ONE AREA. OH, THIS IS A BAD THING?

AT THIS POINT, SOMEONE’S EGO IS THREATENING TO SWALLOW MUCH OF THE COUNTY.

Eric Wynalda threw together an amateur side to compete in the US Open Cup. After demolishing a professional third division side last night, things are getting a bit exciting. // ESPN LA (and for this ‘AMERICAN SOCCER IS A JOKE!’ take, 3four3)

Read about the video montage of memed “We Tripped El-Hadji Diouf” images shown at a museum in Queens. // NYT Goal Blog 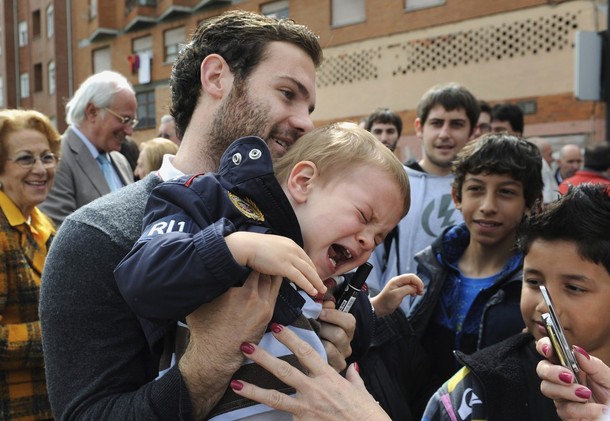 Juan Mata did something to make this toddler upset (it was probably the beard) at the opening of a park named for the Chelsea and Spain midfielder. (Reuters)

IF YOU WERE LOOKING FOR SOMETHING THAT BROUGHT TOGETHER ‘DROGBA” AND ‘TEBOW’, WELL HERE YOU GO.

If you weren’t looking for that at all and would rather take a flying leap into the Sarlacc pit, I’m sorry. Really. // Catholic News Agency

A FOOTBALL MATCH IS 22 MEN ALL STRUGGLING FOR A TINY BIT OF AVAILABLE FREEDOM.

IT’S LIKE HE’S RIDING OFF INTO THE SUNSET. IF, BY SUNSET, WE MEAN ‘CASH-FILLED BOSOM OF CHINA.’

THE CONUNDRUM OF THE 60s IS THAT EVERYTHING WAS COOL, BUT IF YOU TRY TO DRESS LIKE THAT NOW, YOU LOOK LIKE A TOOL.