You’re a scientist in Spain, you’ve just woken up from your siesta and after necking a jug of sangria you’re looking for something worthwhile to fill your afternoon. What do you do? Study the differences in symmetry between soccer and tennis players asses OBVIOUSLY.

Five academics have done just that, and the results may astound and BEFUDDLE you. Or you’ll no longer feel any sympathy for Spain’s record-setting unemployment rate. Scientists used MRI technology in order, in their words,

To determine the volume and degree of asymmetry of iliopsoas (IL) and gluteal muscles (GL) in tennis and soccer players.

In other words, which sport produces weird looking bums. Why? Well, I’d like to tell you but I can’t find it anywhere in the study and “we like big butts” probably wouldn’t have sounded very good on the grant application. Maybe they were trying to settle a debate on which sport creates the sexier behind? The science of beauty has long supposed that symmetry is one of the key factors in humans’ perception of attractiveness and it’s hard to argue that a symmetrical butt wouldn’t look better than having one massive cheek and one little one.

Our best guess is that these five scientists were sitting in a bar somewhere in Spain with tennis on one television and a football match another. A spontaneous argument erupted over which athlete had the better butt. For most people, a vote would be held among the assembled, slightly sauced, patrons, and a subjective winner would be declared. Over and done.

But these people are scientists. Four men and one woman. They just had to determine a winner EMPIRICALLY.

A lot of ass measuring later, and our intrepid quintet determined that soccer players had 17% more muscle volume in the dominant iliopsoas muscle (that’s what she said). Other conclusions about butts, too, as illustrated by this chart:

From this study, we can draw a few conclusions about the relative beauty of butts. Like… 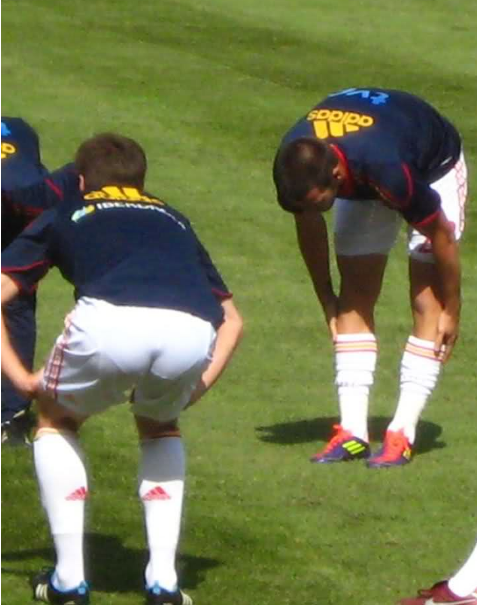 Aesthetically speaking only, of course. Like with a car.

The study that determined that soccer butts are more symmetrical than tennis butts involved “Fifteen male professional soccer players from a first division team of the Spanish Football League, 8 male professional tennis players from the International Tennis Federation tour (Futures and Challengers tournaments) and 6 non-active men.” Full credit to whichever La Liga side it was that volunteered to be groped in the name of science. Too bad the study doesn’t identify which club it was.

Science has spoken. Soccer creates symmetrical posteriors, which, as proved by other science, is the essence of beauty. Why it took five scientists and many measured butts to arrive at that conclusion when they could have just asked Kickette, we’re not sure. Sometimes these things have to be studied scientifically for people to accept them as fact.