The scarf has long been the uniform of choice for soccer fans. Before replica kits, car window decals, and branded coffee mugs, a simple scarf was the universal way to signify your allegiance to a particular club. The soccer scarf is an iconic, instantly recognizable symbol of soccer fandom. Which is why we’re pissed that an NFL team is trying to steal it.

The New York Giants, current champions of the “Super Bowl” (overcompensating, much?), are attempting to come up with a unique idea to commemorate their win, except their idea is no where near unique. When the Giants open their season on Wednesday against the Cowboys, the team will be giving away 80,000 “Super Bowl XLVI Ch4mpions” scarves. 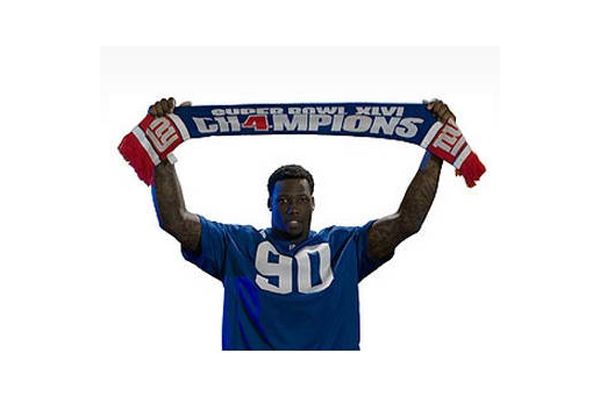 UNCOOL, THROWBALL. You don’t see soccer teams encouraging fans to paint their bodies and stand outside in freezing temperatures for hours Do you?

Have you ever seen a soccer fan wear dairy products on his head? Or do… whatever it is raiders fans do?

Of course not. Now you leave our thing alone.

The USWNT Celebrated Gold With A Karaoke Rendition Of ‘Celebration’

QWK KCKS: Every Cow and Then